Your Wild Life's Gonna Get You Down

Your Wild Life's Gonna Get You Down is the eighteenth episode of the second season of Nashville.  It was written by David Gould and directed by Julie Hébert. It first aired on March 26, 2014.

When Deacon discovers that Teddy slept with Megan, he confronts the mayor and a fight breaks out.  Deacon ends up punching a wall breaking his guitar hand.  He ends up packing his belongings and storming out of his own house as Megan attempts to explain her actions.  He also finds out that Teddy grounded Maddie and she later apologizes as she just wanted to spend more time with him.

Meanwhile, Rayna plays a mini-set on Luke's tour, and her girls meet his son, Colt, a moody teenager who has a big social media following.  When Maddie and Daphne demonstrate their musical skills by singing Pattycake, impressing Colt so much that he records it and uploads it to social media.  When Luke and Rayna find out, they're furious and while Maddie says she sees herself as an artist, Rayna explains that the Internet isn't a safe place while Luke gets Colt to take the video down.

Will marries Layla, much to Gunnar's disapproval, and when Jeff corners Gunnar about Will's sexuality but Gunnar won't say anything since he lives with Will.   Elsewhere, Rayna tells Scarlett that she has to go back out on tour - Juliette's tour.  Things don't go according to plan since Juliette's jealousy of Avery's connection to Scarlett and she ends up taking it out on her while they tour together to help raise awareness of Highway 65.  Scarlett ends up turning to popping more pills.  However, when Juliette sees her she says she reminds her of her mom.  Juliette and Avery perform a stipped-down song together. 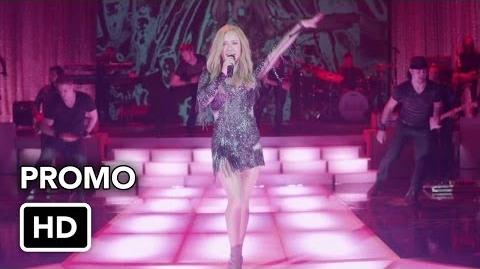 Nashville 2x18 Promo "Your Wild Life's Gonna Get You Down" (HD)