You Win Again is the eleventh episode of the first season of Nashville. It was written by Liz Tigelaar and directed by Paul Edwards. It first aired on January 23, 2013.

Juliette is miffed because Rayna and Liam are ignoring her on stage. She’s also peeved to learn that the two of them are hitching a ride on her private jet. They're all headed back to Nashville for a party to celebrate “Wrong Song” hitting #1. Rayna’s comeback has piqued the interest of the president of Countless Records. Her name is Calista. She’s old pals with Liam and hopes to become new friends with Rayna.

An article comes out about Deacon’s fallout with the Revel Kings. It’s not a flattering piece. It makes it seem as though he’s fallen off the wagon. Because of the article, Deacon doesn't feel like he’s the best person to speak for Jolene at her court hearing. The attorney agrees that it would be better if Juliette speaks on her mom’s behalf. Her speech to the judge is less-than-compelling. Jolene is told she must complete her rehab program, but she’s free to be Deacon’s plus-one at the “Wrong Song” bash. Juliette isn't thrilled that her mom is crashing the party.

Rayna learns that Calista is interested in stealing her away from Edgehill. Liam is the one who set all this in motion. It’s obvious he has more than a professional interest in his partner. Rayna went down that road once before with Deacon, who lets her know that he’s moving out to the cabin for awhile. These two have an intense chat that doesn't end well. Deacon is bitter about the fact that Rayna didn't wait for him back when he was drinking. He thinks she lost faith in him. She assures him that wasn't/isn't the case.

Scarlett checks out an outdoor concert where Avery is certainly enjoying success performing “Keep Asking Why.” JT is also in the crowd. The two of them chat about joining forces. Gunnar is invited, too. Scarlett wonders what happened to Gunnar’s Gibson guitar during one of their songwriting sessions. He’s not quite ready to talk about all that went down with his brother. Gunnar is distressed to learn that Jason never showed at his halfway house. He takes out his frustrations on Scarlett by saying he’s not interested in joining up with JT and the others.

Avery does his best to strike up a conversation with Juliette at the party. He fails miserably. Juliette is way too busy keeping an eye on Jolene, who is wolfing down hors d’oeuvres left and right. Hey, at least she’s not drinking. She’s also not jazzed when her mom gushes over Rayna, who is very happy when Teddy shows up to support her. Liam, on the other hand, isn't thrilled that Nashville’s mayor-elect is in the house. As for Rayna, her mood turns sour when she learns that Liam has been trying to make deals behind her back. He’s been lying to her, so she fires him. Teddy witnesses their heated exchange from across the room.

Rayna and Teddy have a serious discussion at home after the party. Things are complicated. They talk about the days when they first met. Rayna wanted someone solid. Teddy was trying to be that guy until he admittedly lost his way. Speaking of losing one’s way, Gunnar is surprised that his wayward brother dropped off his Gibson without ever letting him know he was in town. He brings the guitar to a jam session with Scarlett, JT and the boys. They all sound great performing “One Works Better.” This is something Avery notices as he drives by.

Juliette finds Deacon sitting alone in his trashed apartment. He’s not drinking, but he’s definitely not in good shape. Juliette says he needs to do what he loves. She believes that’s why he got sober. Deacon corrects her on that one. He says, “I got sober for Rayna. What kept me sober was hoping for something that ain't never gonna happen.” He also says that he’s no different than Jolene. This has Juliette heading home to let her mom know that she’s proud of her. Jolene surprises Juliette by telling her daughter that she’s in awe of her. In other words, she’s proud of her, too. This means a lot to Juliette.

As Rayna heads out for another two weeks on the road, she assures Teddy that they are still married as far as she’s concerned. They’re just trying to figure out their future. On the work front, Rayna’s immediate future will not be with Calista at Countless Records. She'll stay at Edgehill if she gets her own label. As Juliette’s plane prepares for departure, one more passenger makes his way through the airport. It’s Deacon. The girls are delighted to see him; not so their parents. Rayna is shocked to learn that he’s joining Juliette’s band. Teddy also looks stunned and angry as he watches his wife soar off out of Nashville once again. 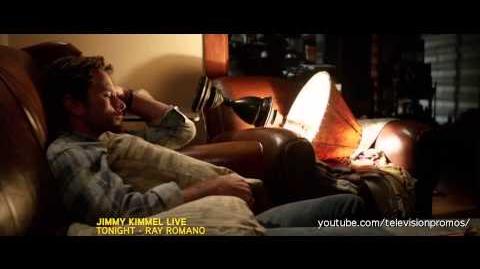