You're No Angel Yourself

You're No Angel Yourself is the fourth episode of the second season of Nashville. It was written by Wendy Calhoun and directed by Julie Hébert. It first aired on October 16, 2013.

Rayna brings the girls to her mom’s grave even though they never knew their grandmother. She invites them to be her dates at the symphony gala Lamar throws every year in remembrance of his late wife. It’s an elegant affair that Maddie does not want to attend. Tandy has things other than the symphony on her mind. She receives information about the night her mother died. Lamar claimed he was in Louisville, but he was seen in Nashville the evening of the fatal car crash. Tandy questions her dad about his last moments with her mom. Lamar becomes visibly uncomfortable talking about the subject.

Teddy gives Peggy his mother’s ring. It’s for their engagement which he'd like to keep quiet for the time being. Peggy wears the ring around her neck. Maddie notices it at the symphony gala. She wants to know why Peggy is wearing her grandmother’s ring. Maddie storms away when she learns Teddy and Peggy are engaged. Rayna storms off when she hears that Peggy is pregnant. The party takes a terrifying turn when Daphne lets everyone know that Maddie has run away. The search is on to find her.

Juliette gets a brand new car courtesy of the guy who paid her a million bucks to sing as an anniversary gift for his wife. This is the same man she slept with when all the singing was done. Rayna lets Juliette know that she has to cancel their tour. She needs to be at home with her family. Juliette is less than understanding. She can't follow through with a suggestion to go back to her tween stuff. She also balks at the idea of opening for another hot country singer. Juliette’s tour concerns get put on hold when she gets a call from an anguished Maddie. She picks her up and brings her back to her place.

Deacon tries to pay his court-appointed attorney, Emma, for the services she provided him. He apologizes for being such a jerk. Emma refuses his check, but accepts a dinner date. She reveals why she takes court-appointed cases. It has to do with letting go of the hate she once felt for the 17-year-old killed who shot and killed her husband. Deacon invites Emma back to his place. Their first kiss gets interrupted when Rayna comes by looking for Maddie. Mother and daughter are reunited thanks to Juliette, who lets Rayna know that Maddie is looking for answers about the past.

Scarlett feels awkward striking sexy poses at an Edgehill photo shoot. Will and Layla, on the other hand, are naturals. Will apologizes to Gunnar for doing his song without permission, but wants him to let him record it for Edgehill. Avery, who is now working at the bar, overhears their conversation. As for Scarlett, she takes Zoey’s advice about loosening up a bit. She needs to embrace her new celebrity status after a fan asks for an autograph at a bar. Scarlett also tries to have a little more fun in life by dragging Zoey up on stage for a fun duet.

Avery is impressed with Gunnar’s song. He thinks it'll be a big hit for someone someday. That person will be Will if he turns over the tune. That’s not going to happen. Gunnar decides to keep the song for himself. This ticks off Will, who thinks his pal is jealous. Gunnar just feels like this is something he needs to do. Juliette is also making a move to help her career. It’s the least lousy option she has. Juliette invites Layla to be the opening act for her tour. She also sends back that car the millionaire gave her.

Tandy turns over a flash drive detailing many of the illegal activities Lamar has performed over the years. She does so because she believes her father took away someone from their family. He'll never pay for what he did, so he needs to be punished in whatever way possible. As for Rayna, she shares a story with Maddie about a song Deacon wrote about her. The two of them share a nice moment. Maddie also has a brief, sweet, phone call with Deacon. She calls him Dad after hanging up. Rayna hears Maddie and Daphne singing one of Deacon’s songs. She tries to sing, too. Sadly, the residual damage from the accident simply won’t let her do what she loves. 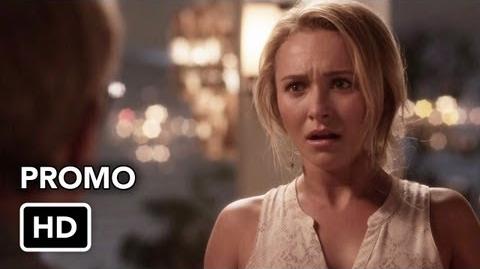 Nashville 2x04 Promo "You're No Angel Yourself" (HD)