You're Lookin' at Country

You're Lookin' at Country is the eighth episode of the third season of Nashville. It was written by Geoffrey Nauffts and directed by Eric Close. It first aired on November 19, 2014.

The biggest night in country music gets underway as Luke and Rayna both get ready to attend the CMAs, which are being hosted by Brad Paisley and Carrie Underwood.  She finds a prenup in Luke's briefcase and although she isn't happy, she says she won't take anything from him.

Juliette is having a hard time since it's the first anniversary of her mum's death and attends the awards, where she meets Avery and his parents.  While her mother acts kindly to her his father isn't too happy about the baby situation. As Juliette later returns from the bathroom, she overhears Avery arguing with his father and he tells him that he will love the child unconditionally and that her mother loved her.  Juliette tells Avery that they're having a girl.

Rayna and Luke are competing with each other for "Entertainer of the Year" and several other awards.  After she wins for "Best Single", she accepts her award and first thanks Deacon, who's watching the awards from home with Scarlett.  When she wins for "Album of the Year", she doesn't thank Luke again. Later, angered that Rayna has won five awards, Luke heads to the bar.  When they win for "Ball & Chain", he takes over from her and thanks Gunnar for writing it while Rayna doesn't get a mention.

He stomps off after Sadie wins and thanks Rayna from the stage.  Rayna follows him to the bathroom and he says her albums would never have been so successful if he didn't propose to her and she's taken all his trophies.  He smashes up a towel dispenser and she walks out.  She later presents the "Male Vocal of the Year" which he wins, but he doesn't act nicely.

Rayna wins the "Entertainer of the Year" award and thanks her daughters and her fellow female singers.  She says that she is sharing the award with Luke since what is hers is also his.

Will and Layla also present an award but she's not happy with the teleprompter speech making her look like a fool and when they sing together everyone pays attention to him but not to her.  She later asks Will to hold her and he does.

Gunnar, Zoey and Micah attend the show but when Zoey talks to Jeff, Micah goes missing and is later found wandering about after going to the bathroom.  While searching for him, Gunnar has won a songwriting award which Will accepts on his behalf.  Gunnar and Zoey apologize to each other after the show and he says it's not the worst thing if Kiley doesn't come back.  Zoey says she's not ready to be motherly and leaves. She goes to see Scarlett.

Teddy bumps into Natasha, the call girl, at the awards but she's with someone else.  They later meet up backstage for some private time.

When Juliette and Avery get home she asks him to help unzip her dress and when he does he leaves.  Luke apologizes to Rayna for being such a jerk and she tells him that she doesn't want a prenup as they're in this together.  As he showers, she receives a text from Deacon, who tells her she deserved all her awards. 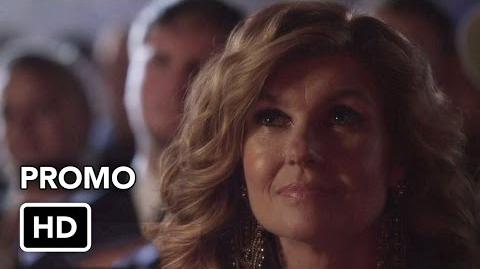