When There's a Fire in Your Heart

When There's a Fire in Your Heart is the fifteenth episode of the fourth season of Nashville. It was written by Meredith Lavender and Marcie Ullin and directed by Michael Lohmann. It first aired on April 13, 2016.

As Scarlett and Gunnar arrive for a meeting with Autumn and her crew, Gunnar confesses his love for James Taylor. It's not long before things turn sour as she fires a guy who has been on her tour for six weeks in front of everybody. Scarlett is immediately worried and it turns out that Autumn also fired her previous opening act as well.

Meanwhile, Juliette is feeling good within herself and is eager to get back to work but doesn't know where to start. Rayna is busy planning a benefit concert for a charity for at-risk youth while Maddie is eager to get her songs out there. Elsewhere, Layla is stuck in a rut since Avery has no time to work on her album and Autumn dropped her as an opening act on her tour.

Rayna starts to put a new plan in motion and with Layla spot on Autumn's tour having fallen through, she has a new plan for her up-and-coming artist: she will bring her on a ten-date tour with her. She says that she's sick of being seen as just a businesswoman. Juliette is trying out the same thing and pays a visit to Glenn, only to have the door slammed in her face. Maddie is still going through her rebellious streak and Cash isn't helping the situation at all. She tells Maddie that she used to sneak out of her parents' house all the time to play shows when she was her age and Maddie convinces her to get her a spot at a local underground garage that she frequents, unaware that Daphne is listening in nearby.

Will is back talking to Luke about getting his album out there but not everyone feels the same way as him. Luke decides that he wants Kevin to work with Will on his album. Kevin and Will's writing session goes well and Will learns that Kevin has a new boyfriend and tells him that he loved him and Kevin felt the same way about him.

Back on Autumn's tour, things get a little tense since Autumn can't stop prying into Gunnar and Scarlett's private lives, telling everyone backstage about them. After their concert that includes Rayna duetting with Autumn, an annoyed Scarlett confronts the latter nicely and asks her to keep things private. Autumn says she admires Scarlett for speaking up but her evil glare and flirting with Gunnar say otherwise. Things are looking up for Juliette who uses Avery to lure Glenn to the Opry where she takes to the stage and dedicates her song to him. Afterwards, she gives him a tear-filled apology which he accepts.

Maddie asks Deacon if she can go to a coffee house for the evening but ends up going to the undergound garage with Cash. She chats to a guy but back at home Daphne ends up ratting out her sister to Deacon and he rushes to the venue as Maddie takes to the stage to perform. When a man approaches her and touches her leg, Deacon is livid and pushes the guy, before dragging Maddie out of the venue. As she cries in the car, Cash tries to say that she's helping Maddie reach her potential but Deacon is having none of it. He ends up phoning Rayna to tell her about Maddie.

As Juliette calls to see Avery in order to thank him for helping her, Layla is waiting in her car outside. When Juliette leaves, she visits Avery and tells him that she has secured the opening spot on Rayna's tour and wants him to go on the road with her. Meanwhile, Riff's wife shows up at Luke's office and tells him that she saw Riff packing a bag a few days ago but doesn't know where he is. 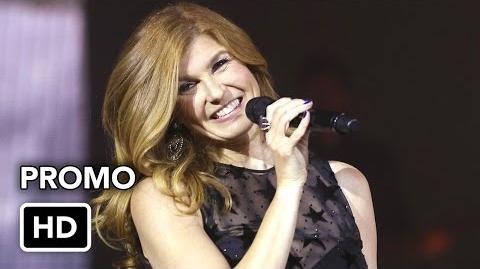 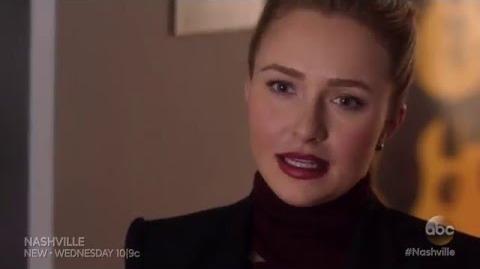