We've Got Things to Do

We've Got Things to Do is the seventeenth episode of the second season of Nashville.  It was written by Dana Greenblatt and directed by Ron Underwood.  It first aired on March 12, 2014.

Zoey tries out for the position of a backing singer and learns that if she's successful she'll be away on tour for six months. Meanwhile, Gunnar tells Avery that they shouldn't give up on the band but Avery says he isn't into the band thing.

Teddy isn't happy with Maddie playing music as it's interfering with her schoolwork. He later takes her over to Deacon's, Megan is there but Deacon doesn't suspect a thing. Teddy later calls to her office and she makes it clear that she's with Deacon.

As she prepares to join Highway 65, Juliette tells Rayna that she wants to release "Don't Put Dirt on My Grave Just Yet" as a digital download, but Rayna has other ideas.  Will learns that Juliette is dropping him from her tour, and also discovers that Brent is now Layla's manager. Will decides to join Luke's tour but Layla is not included. Luke invites Deacon to join his tour but Deacon isn't so sure and Rayna's not too happy, but Megan convinces him to go. Scarlett tells Rayna that she wants Avery to produce her new album, which causes tension between him and Juliette.

At the Highway 65 label party, Juliette starts to feel that she is being upstaged by Rayna’s up-and-coming talent, and sabotages the event by taking to the stage to announce that she is now on the label. Rayna lays into her, saying that she's ruined the only chance she had of salvaging her own career. Scarlett also shows up but spends time popping pills. Rayna later tries to mend bridges by inviting Juliette to sing a duet with her the night of her show. When Maddie angrily tells Teddy that she wants to live with her "real dad", he grounds her. She decides to upload a video of herself singing and calls herself "Maddie Claybourne".

Layla believes Will is not reciprocating her feelings, but he ends up proposing to her and she says 'yes'.  Gunnar feels like he is the only one truly interested in the band, and Zoey is turned down as a backup singer. 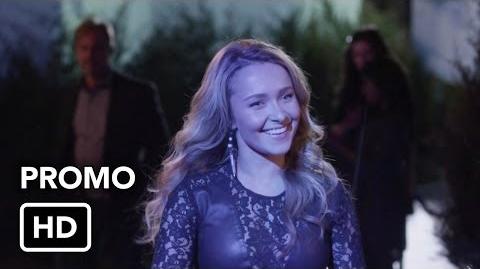