We've Got Nothing But Love to Prove

We've Got Nothing But Love to Prove is the tenth episode of the fourth season of Nashville. It was written by Debra Fordham and directed by Arlene Sanford. It first aired on December 9, 2015.

Markus is freaking out about the release of his album since he believes no one will take him serious as a country artist. When a reporter asks him that question, Rayna steps in to take the reins and tries to calm him down afterwards. While she is working to get her label to the next level, Luke's is getting knocked down a few pegs, especially when the IRS visits and he's informed that Hoffman has been embezzling money for years and he owes the government $40 million in back taxes.

Meanwhile, Avery gets angry when he hears that Juliette is generating Oscar buzz for her role in the Patsy Cline biopic and is even more so when Cadence "recognizes" her mother on the TV. When Emily mentions that she received a call from Juliette, who said that she's getting help, he lashes out and fires her. Back at outdoor show, Rayna gives Markus one finally pep talk before he takes to the stage. After a short introduction, he goes on the stage and is received well by the crowd. Cash, Frankie's daughter, tells Deacon that he sounds really good.

With their tour over, Gunnar is ready to go back to Nashville for some down time but Scarlett isn't looking forward to seeing Caleb, considering how they left things. She finally decides to go home to see him and he tells her that he has been offered a job in Seattle as head of his own department. The next morning, she tells him that she can't leave Nashville and he says he will turn it down.

After a successful show and his album going platinum, Markus celebrates with Rayna but makes the mistake of going in for a kiss. She pulls back and tells him that she thought she made herself clear and leaves. The next morning, Deacon brings her breakfast and flies off the handle when she tells him that Markus tried to kiss her. When she has to go see Markus as he's canceling his tour, Deacon freaks out, accusing her of choosing Markus again over him. However, she goes to see him, trying to convince him to stay but he tells her that he's leaving Nashville since his band has decided to reform.

Meanwhile, the news of Luke's back taxes gets out and Gabriella quits as well as his sponsors dropping him. He tries to reconnect with Colt, only for his son to slam the door in his face. After working with Wade at his home, Will has some success with his songwriting. When Wade makes a move on him, Will shuts him down, asking how he could have stayed in the closet for all these years and Wade chastises him for not doing the same. However, Will says that he would rather be himself that Wade and leaves.

Avery soon sees the errors of his ways, thanks to Gunnar and Will, and tells Emily that he will agree to Juliette having supervised visits with Cadence. He's not ready to give up sole custody of his daughter but at least this way Juliette can start to prove herself and get healthy. As Deacon opens The Beverly, everything comes to a head as he shuns Rayna after his set and when they talk outside he criticizes her for being so close to Markus and says that he's glad he's not touring for Highway 65. Gunnar tells Scarlett that they can somehow make the band work if she's in Seattle but she decides it's best to break up with Caleb, telling him that he needs someone who's willing to follow him everywhere.

Deacon eventually catches up with Rayna and apologizes for his behavior and for the tough loss to her label. He says he got so jealous of her working with Markus that he remembers when it was them doing it together. He tells her he wants to start over and getting down on one knee, he proposes and she accepts. 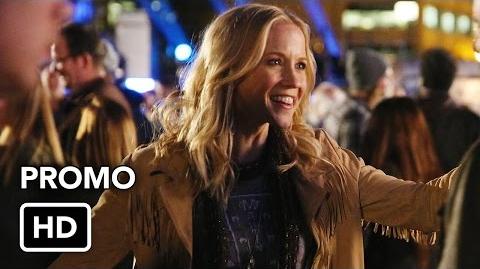