Unguarded Moments is the eighth episode of the fourth season of Nashville. It was written by Paul Keables and directed by Ron Underwood. It first aired on November 18, 2015.

Maddie shows her newly-dyed blonde hair to Colt by sending him a photo via text.  However, when Deacon knocks on her bedroom door, she has her hair wrapped in a towel and says she just got out of the shower.  Meanwhile, Rayna has been at the studio all night working on producing Markus' album.  When she gets home, Deacon has to head out since he's helping with construction work at The Beverly.  Maddie comes downstairs and shows off her blonde hair, which angers Rayna.  She receives a phone call saying the Sony is interested in signing Maddie, which puts a damper on her mood when Rayna says she's not interested.  Rayna tells Maddie to go to school while she phones Deacon to ask if he was aware that their daughter dyed her hair, but he says she was wearing a towel when he knocked on he bedoom door.

Elsewhere, Gunnar and Scarlett's tour is going well but she's worried that he may be distracted by Erin.  During a band meeting he appears disinterested and later skips a meet and greet with fans in order to spend time with Erin.  Meanwhile, Colt is still annoyed that his father is lying about what happened the night Jeff died and spends the time sulking in his room.  He even turns down a meeting with Kid Rock when his father suggests it.

Avery is having a bit more success as he has been employed to play a jingle for a radio commercial.  While he may be busy, the fact that Will is hiding away in his bedroom hasn't gone unnoticed.  He has been in there for days and Avery thinks it may be a rebound hook-up.  With Juliette still in rehab and Jeff dead, Gabriella suggests to Luke that he should start looking for a new opening act and a new CEO.  However, she doesn't say no when he suggests that they should start a relationship.  While Deacon is shirking his home responsibilities, Rayna is distracted by Sony's offer to sign Maddie while she's supposed to be helping Markus record his album.  Markus steps in to have a chat with her.  They have an honest conversation about the trappings of fame and how Maddie's career could turn on its head.  Markus says that everything will work out right and when he touches her hand, she pulls away.

In Boston, things are going well for Gunnar and Scarlett as they're playing in a small venue but when Erin accidentally blows the soundboard and the power in the venue, the audience steps in with their cellphones and the gig turns into an acoustic set.  Gunnar later gives out to Erin but hours later has sex with her in her hotel room while Scarlett is forced to listen to it unwillingly in the next room after phoning Caleb.  Back in Nashville, Avery discovers that the reason Will has been locked in his bedroom is because he has been writing a song inspired by his break up with Kevin.  Avery suggests he should sing it to a crowd at the Bluebird.  However, when they arrive, Will is too embarrassed to perform the song so it's left to Avery to do it.  When Avery later returns home, he tells Will that he met a publisher who was impressed with the song and he gave his card saying that whoever wrote it should get in contact.

After talking with Deacon, Rayna tells her daughters that she has come up with a solution to the Sony problem - she will sign them to Highway 65.  While Daphne is ecstatic, Maddie is less so since she sees it as a means of Rayna controlling her.  Rayna and Deacon celebrate with a little lovemaking in bed but when she gets up to shower, she receives a text message from Markus, who says he's glad he could be of help.  Deacon reads it and isn't pleased. 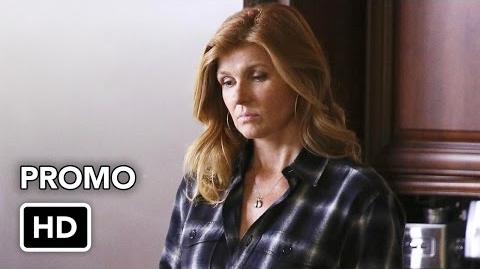