Two Sides to Every Story

Two Sides to Every Story is the ninth episode of the third season of Nashville. It was written by Ben St. John & Mollie Bickley St. John and directed by Stephen Cragg. It first aired on December 3, 2014.

Rayna and Luke are busy promoting a Christmas album by faking Christmas for charity but her daughters are mad since they can't celebrate the festive season on tour.  Rayna also feels weird about it but Luke says she'll get over it.

Deacon and Scarlett are putting up their tree and Zoey is depressed after her breakup with Gunnar.  Gunnar, meanwhile, has been busy writing songs for Sadie Stone.  He then hooks her up with Avery since she needs a producer.  She later suggests they all meet at the Winterville Nashfest and Gunnar should bring ZAG.  However, when he shows up at the festival with Micah, Zoey isn't too happy and they argue in front of an agent as Zoey wants to earn money but Gunnar wants to be a stay-at-home dad.  She says she doesn't want to be a mother and storms off.

Scarlett and Terry show up at the festival but she gets angry at a reporter who attempts to ask him about his wife and kids.  When Terry goes onstage, he has a panic attack and leaves.  Scarlettt runs after him and finds him singing and drinking with a group of strangers.

Rayna keeps calling Deacon to warn him about the "Rolling Stone" article, which he has already read.  He won't answer the phone and Rayna snaps at Luke.  Deacon gives Maddie a guitar, ignoring Rayna, and Rayna says she sold their story to protect Maddie but Deacon isn't happy.  Luke doesn't know why she can't get past Deacon and she tells him she has to sort it out.

Thinking that Avery may have moved on to another woman, a jealous Juliette decides to stalk him which culminates in her using a mobility scooter as he meets with Sadie.  As a way of apologizing for her actions, Juliette meets with Sadie and convinces her to work with Avery.  He later calls by to thank her for him getting the job.

Will and Layla go to the festival disguised and when she performs some songs, Jeff hears her and she gets him to play one of his songs.  While this is happening, Will is getting drunk and makes a pass at the guy who serves him.  The guy says he's not into it and is only about relationships.  Will returns home to an empty house as Layla spends the night with Jeff.

Scarlett, Avery and Gunnar take to the stage and Scarlett gets through the performance without any problems.  While this is happening, Zoey is leaving the venue in a cab and later is seen buying a ticket to Los Angeles.

The agent calls Gunnar and offers Scarlett, Avery and him the chance to go out on the road but Gunnar turns the offer down since he has to take care of Micah.

Rayna goes to see Deacon, who says all of the article is the truth and that he hasn't got over her.  He loves her and she must deal with the fact that he always will.  She says she has moved on and suggests that he do the same.  The episode ends with Rayna and Luke performing "Baby It's Cold Outside". 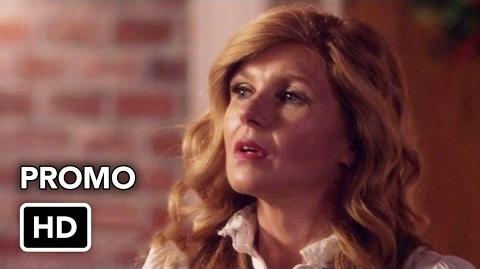