Too Far Gone is the fourteenth episode of the second season of Nashville. It was written by Monica Macer and directed by Patrick Norris.  It first aired on February 5, 2014.

After Rayna finishes shooting a music video, she heads home to welcome Lamar home as he is released from prison. She and the girls throw him a welcome home party but she is confused by Tandy's early exit. Teddy drops by and tells Rayna that Lamar is responsible for Peggy's death and that she should keep Maddie and Daphne away from him. He also says that Tandy is responsible for the prosecution.

Rayna later confronts Tandy, who tells her what Teddy said is true and she turns over the private investigator's documents to Rayna to read, also revealing that their father may have been responsible for their mother's death. When Rayna asks Lamar about it, all he says is that he tried to stop his wife before he saw her car crash. Meanwhile, Will's album is dropping the same day as Rayna's and even though Gunnar has written him a song, he doesn't want to sing it. He tells Jeff that Brent is proving too much of a distraction and Jeff ends up firing him. Brent calls to Will's house and is angry with him, telling him he was the only ally he had at Edgehill.

After spending the night with Avery, Juliette is determined to hide out at his apartment and even hides herself in his bed when Deacon comes by to ask him record his live EP at the Bluebird. Juliette learns that country radio is dropping her and she tries to ease her disappointment by giving Avery's apartment a makeover. When he arrives home, he's shocked at what she's done but tells her to get strong and face the consequences, while saying that he wants the place back to how it was before. Juliette later shows up at the Bluebird to see Deacon perform. After spending the day recording her appearance in Rayna's new music video, Scarlett also goes to see her uncle perform and her odd behavior doesn't go unnoticed with Zoey. Megan also shows up to witness him performing and he dedicates a song to her. Things go smoothly and when he sees Avery and Juliette together he says he approves of their pairing.

After being disowned by Rayna, Lamar goes to Teddy's office to confront him and Teddy says Tandy wouldn't be a character witness at his hearing. Suddenly, Lamar is overcome with chest pains and ends up having another heart attack, while Teddy stands there just looking at him. 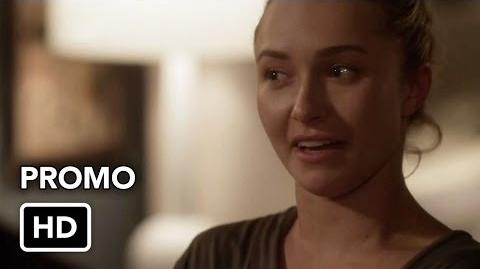