Time Changes Things is the twentieth episode of the third season of Nashville. It was written by Debra Fordham and directed by Arlene Sanford. It first aired on April 29, 2015.

As Deacon waits for a liver, Rayna decides to pay Beverly a visit in the hope of getting her to help her brother. Throughout a series of 80s flashbacks, it is revealed that Deacon and Beverly stopped working together as he wanted to be with Rayna. Beverly accuses Rayna about having stolen her chance at stardom. Finally, Rayna goes to Beverly's house and gives her a check for $1 million in the hope that she'll change her mind.

Meanwhile, Juliette is having major problems adjusting to motherhood. She has called a rehearsal and Avery shows up with Cadence, since he's a member of the band. Bucky points out that she wasn't selling out stadiums before the baby was born and she hasn't given a concert in more than a year. He says that she needs to put out an album and book some smaller venues. Juliette is losing her mind and she interprets that as saying that her career is over and storms off. Later, she orders a helicopter and performs on the roof of a building downtown, which makes news headlines. Afterwards, she and Avery make out in an elevator.

Kiley shows up at Gunnar's house looking for Micah. He rebukes her for dumping her son with him as well as cheating on him. When he gets home after doing an interview with Scarlett, Kiley is still there. She confesses that Jason raped her. Gunnar tells Scarlett what his brother did and they get into a fight about Caleb. Kiley tells Gunnar she really loved him and he felt the same.

Deacon catches Maddie and Colt in bed together and is furious. He throws Colt out and Maddie tries to apologize. He runs into Juliette and she offers to have a talk with Maddie. Maddie tells her they weren't doing anything and Juliette says to just have sex for the right reasons. She tells Deacon everything is okay and he admits he has cancer, which upsets her. He then tells Maddie that he won't say anything to Rayna.

Jade is throwing a party at her L.A. beach house and Layla has nothing to wear to it. Jeff isn't pleased that she's going and neither he nor Luke end up having fun at it. Deacon calls Luke to tell him about Maddie and Colt. A drunk Layla kisses another guy to get noticed and Jeff isn't happy. He Tweets a photo of her passed out even though Jade has forbidden it. Luke packs to head home and tells Jade that he had a great time with her but at the end of the day they come from two different worlds. When he gets home, he tells Colt he got up in the moment and it's okay.

Teddy receives a phone call from Natasha, who tells him she was wearing a wire and that the FBI knows where the money came from. He gets his passport, ready to flee. Before he leaves, he spends the day with Maddie and Daphne, buying them Tiffany necklaces, and returns to his office to write some letters. As he's leaving, a guy from the U.S. Attorney's office comes into his office to help save him but says it comes with a price. 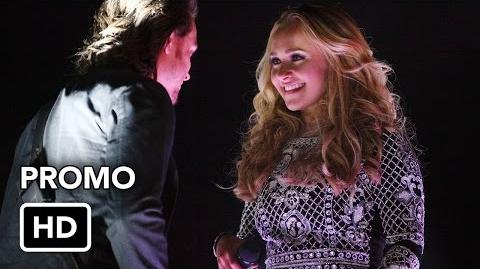