Three's a Crowd is the ninth episode of the fourth season of Nashville. It was written by Geoffrey Nauftts and directed by Mike Listo. It first aired on December 2, 2015.

Scarlett and Gunnar are rolling into Charlotte for the next stop on their tour but a kitchen fire at the venue means they have the night off. While Erin and Gunnar opt to go on a bender to the local bars, Scarlett opts to return to Nashville to be with Caleb. When she arrives, she hopes they can go for lunch together but he's extremely busy and says he'll make it up to her that evening.

Meanwhile, Rayna is panicking as Markus has started scrapping songs from his album with a week to go until its release. She has to rush off to the studio to help out and even though Deacon understands, he's secretly not so happy, especially since he read the text message from Markus. When she arrives, she and Markus sift through a list of songs but he can't find one that suits him. Deacon arrives to save the day, if only to keep an eye on Markus, and Markus is delighted to meet him and asks if he can hear some of Deacon's demos and possibly record one for his album. Deacon is hesitant but changes his mind when he sees that Rayna is all for it.

Will is trying to get his songwriting career off the ground and meets with the publishers and signs a contract. However, he's not happy when he discovers hugely successful country star, Wade Cole, wants to record his song since Wade refused a photo opportunity with him, presumably because of Will being gay. Will decides to think it through. Meanwhile, Luke is sick of being ignored by Colt and demands to know why since he believes it's because he hasn't been spending time with him. He's speechless when Colt confesses that he was a witness the night Jeff fell to his death as he was trying to save Juliette.

Maddie continues her bad behavior by laughing at Daphne and calling her ugly, demoralizing her sister. However, they later make their peace with one another. Back in the studio, Markus has finally decided on one of Deacon's songs but when he changes a bit of the chorus, Deacon loses it and storms out. Rayna goes home to talk to him and he asks if there's something deeper going on between her and Markus. She ends up forgiving him and goes to see Markus, telling him that she can no longer produce his album. She tells Deacon that he's the only one for her.

Avery and Will are both struggling with their careers and come to blows. Avery has to turn down a life gig he booked so that he can cut a jingle for Diet Coke and land $3,000. Meanwhile, Will is still unsure about whether to accept Wade's proposal since his wife runs a "traditional family" and supports Proposition 8. However, he ends up accepting the offer. Luke tries to spend time with his son, which includes taking part in a 'Forbes' magazine shoot, but Colt isn't happy. Luke still doesn't get that his son just wants him to be genuine and put him first for a while, so he apologizes but proceeds with the photo shoot. Colt decides it's best that he goes to live with his grandfather.

Scarlett's downtime with Caleb doesn't go well as he's stressed out and ends up running down her career and insulting her. She decides to return to Charlotte but when she arrives, she sees Gunnar and Erin singing together and having fun. She seems pleased for them and Gunnar's lack of writer's block. Finally, Emily receives a call from Juliette. 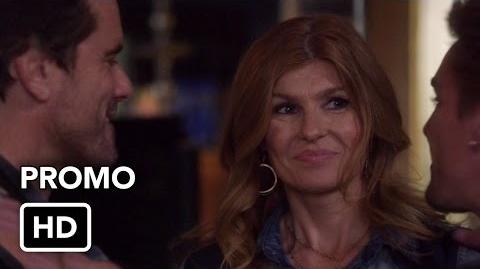