They Don't Make 'Em Like My Daddy Anymore is the fifteenth episode of the second season of Nashville. It was written by Monica Macer and directed by Patrick Norris.  It first aired on February 26, 2014.

Liam and Scarlett play "Black Roses" for Rayna, and she loves it. She receives numerous phone calls from Teddy but they go unanswered. He visits her to tell her that Lamar passed away, and Maddie and Daphne are devastated. Maddie contacts Deacon and he visits Rayna who reassures him she's fine. Teddy holds a press conference to announce Lamar's death, but later reveals to Megan that he did nothing to help while Lamar had his heart attack.

Scarlett and Liam are busy working together and he attempts to make a move on her after they go for post-work drinks but she rejects him.  Meanwhile, Deacon asks Avery, Gunnar and Zoey to be his backup at a gig, which proves a success,  After performing with him at the Bluebird, Avery, Gunnar and Zoey decide to form a trio.  Scarlett feels hurt when she sees Deacon praising them and spends the night at the studio, where Liam finds her the following morning.  She says she stayed there as all her friends, lovers and uncle enjoy their own company and she has no one.  She and Liam end up making out.

Meanwhile, Avery has played his tweaked version of "Don't Put Dirt on My Grave Just Yet" for Juliette, and shows her a positive review from The New York Times. The song catches the ear of high-powered, hit-making producer, Howie V, and her brings her to LA to record it with a live orchestra and do a photoshoot with Rolling Stone magazine. However, Glenn feels sidelined and decides to return to Nashville. After seeing him trying to leave, Juliette tells him that she doesn't want to move away from being a country singer, and can't do it without him.

Teddy reveals to Megan that he's responsible for failing to do anything to help Lamar when he suffered his fatal heart attack.  Following Lamar's memorial service, Rayna finally comes to terms with everything that's happened and breaks down, as Tandy and Teddy look on. 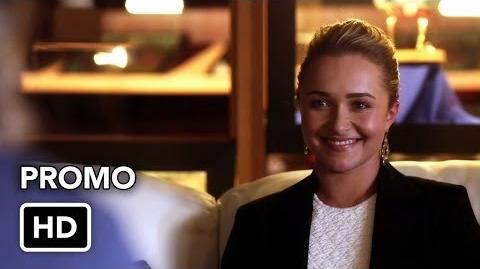