The Trouble with the Truth

The Trouble with the Truth is the eighteenth episode of the fourth season of Nashville. It was written by Valerie Chu and directed by Michael Lohmann. It first aired on May 4, 2016.

As Rayna and Deacon prepare for Maddie's emancipation hearing, their lawyer reassures them that she doesn't have much to back up her claim for emancipation. Meanwhile, Scarlett and Gunnar are late for their interview with Rolling Stone but she thinks they made a mistake sleeping together the night before. However, they seem closer than ever as they hold hands underneath the table during the interview.

Things are looking up for both Will and Juliette as he's overcome with happiness at hearing his song on the radio while she is at her house to watch the announcement of the Oscar nominations with Glenn and Emily. She receives a nomination for her role in the Patsy Cline biopic and phones Avery to tell him the news, only to hear Layla's voice in the background. She ends up going off at Emily since she turned up at her hotel room with Cadence while Avery was with Layla. She believes that Layla is manipulating Avery for some reason and phones Luke to complain. He tells her she's probably being paranoid but Juliette refuses to listen and throws her phone against a wall.

Luke has his own problems to deal with as he and Will have come under fire for "pushing the gay agenda" as Fox News anchor Cynthia Davis has put it. Luke tries to sort things out by being interviewed by Cynthia only for a technical fault to cut him off mid-sentence after she questions him about how he would feel if his son came out to him. Will, who has been watching the interview, hears a commotion outside and discovers that his car has been spray painted with homophobic slurs.

At Maddie's emancipation hearing, everything goes wrong for Deacon and Rayna when he takes to the stand. He's bombarded with questions about his violent past with Maddie learning things she never knew about him. Deacon and Rayna wonder how the lawyers got such information and Deacon figures out Frankie had something to do with it. Deacon storms to The Beverly and takes Frankie outside. Frankie gives a half-assed explanation about why he abandoned the man he agreed to sponsor and the two men get into a brawl, which ends with Frankie in hospital and Deacon being arrested.

Meanwhile, Scarlett and Gunnar's interview deteriorates when it gets too personal and things take a sour turn when she makes it appear that Gunnar only proposed to her because of his depression over Jason's death. When they later take to the stage in Phoenix, he completely blanks her as they perform.

Avery visits Layla's dressing room and, as Juliette eavesdrops, she tells him that she's cool with things going back to the way they were before they slept with each other. Avery decides that he wants to give their relationship a try and she seems happy with that. When Juliette catches up with her later, she decides to come clean about what really happened the night Jeff died. She understands that she has to let Avery go, and after confirming that he's happy, she takes to the stage with Luke as Avery and Layla look on with a mixture of anger and disappointment.

Rayna visits Deacon in jail and he tells her he was set up by Frankie and Cash. She goes home to an empty house and cries as she lies on Maddie's bed. The following day, the judge makes her ruling, having learned of Deacon's altercation with Frankie, and grants Maddie emancipation. As Cash and Maddie make their exit, Rayna breaks down in tears. 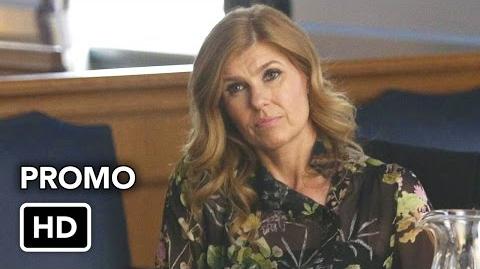 Nashville 4x18 Promo "The Trouble with the Truth" (HD) 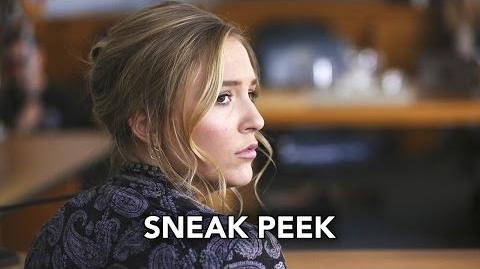 Nashville 4x18 Sneak Peek "The Trouble with the Truth" (HD) 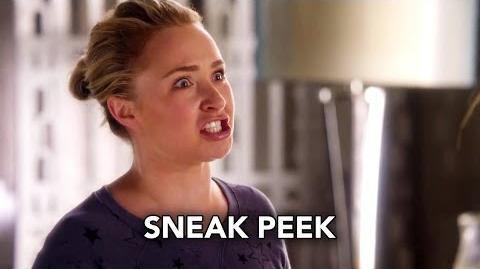 Nashville 4x18 Sneak Peek 2 "The Trouble with the Truth" (HD)