The Storm Has Just Begun

The Storm Has Just Begun is the nineteenth episode of the third season of Nashville. It was written by Dana Greenblatt & Geoffrey Nauffts and directed by Nelson McCormick. It first aired on April 22, 2015.

Jade says she wants to make a country album and asks Luke if he will sing a duet with her on it, but he's not sure he can commit to it. He tells her he's going to a charity fundraiser and invites her along so that she can meet some other music executives.

Deacon, Rayna and the girls are practicing a song to be performed at the charity event that evening. On the way to the event, Deacon gets a phone call from the hospital as they've found a suitable donor. Maddie decides to go to the hospital with Rayna and Deacon, leaving Daphne to attend the fundraiser alone.

As Deacon is being prepped for surgery, he is told he has low fever and they're trying to sort things out. Juliette attends the fundraiser as she will be performing. She has been away for three days and doesn't even want to hold her daughter. Avery has called his mom for help as he's not happy that his wife has been away or is singing at the show, but she doesn't care. When she arrives, she's not happy about seeing Jade with Luke and isn't pleased to see Layla. The three of them argue in the bathroom. Kevin and Will attend the fundraiser but Kevin has brought along a date. Will shows up at Kevin's house later on and says that he really, really likes him.

Scarlett and Gunnar are trying to find a replacement for Avery but she doesn't like anyone. She says they should give up on the band since it won't be the same without him. She heads to the hospital to see Deacon and after chatting with him decides that she'll sing with Gunnar on his own. Layla and Jade get chatting with one another at the fundraiser and are getting along really well. Teddy asks Luke to step in and perform with Daphne. They take to the stage and everyone is impressed with Daphne's singing. Avery shows up to hear Juliette sing and an auction is held for a live performance with a singer and Juliette is expected to sing. However, Jade bets $500,000 so that Layla will sing instead and then asks her to be a permanent support act on her tour. Jeff is not happy and tells Layla that she's not going on the tour since Jade uses people and then throws them away. Layla says she's still going on the tour and promises Jeff that she won't throw him away.

Not happy at being denied her moment to sing, Juliette insults Jade, who runs off crying. Luke goes after her and she says that trying to pursue a country music career might be a mistake. He takes her to the Bluebird but she's too afraid to sing. With some encouragement, she goes onstage and performs one of his old songs. Afterwards, they go back to her house and she tells him that she used to kiss his poster. She then takes him into her bedroom.

When they get home, Avery and Juliette have a massive argument. He accuses her of being so wrapped up in herself and she's worried that she will be forgotten at the age of 25. He tells her she will always be the unforgettable Juliette Barnes. Daphne asks Teddy if she can live with him as being at her mother's house doesn't feel like home anymore. As Deacon heads in for surgery, he is told that the donor had cancerous lesions on their lungs and they can't perform the surgery. Rayna goes to church to pray so that she can be strong and not feel so alone. Maddie asks Deacon to promise that he won't die and he says that he can't make any promises. 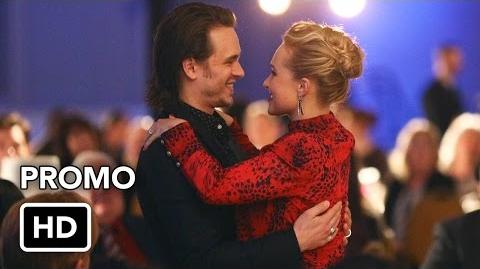