That's My Story is the fourth episode of the final season of Nashville.  It was written by Geoffrey Nauffts and directed by Lily Mariye. It aired on January 25, 2018.

Will, Avery and Gunnar perform a proper gig together as a trio, which Deacon and Jessie attend together. Daphne makes up an excuse that she has late night choir practice when Deacon tells her that he has invited Jessie. During the boys' performance, Avery and Gunnar cannot help noticing how Will is hogging the limelight and they are not happy about it. Afterwards, Avery phones Juliette and shares with her that he does not really think they are gelling as a group. She quotes advice from Darius but that does not really help Avery's cause. He thinks she may be getting involved in a cult and later relays his worries to Deacon, telling him that a school friend of his went down a similar path and was not the same after but Deacon tells him that Juliette needs to go down this road in order to heal.

Avery rejoins Will and Gunnar who are with Bucky and Deacon and Jessie. The latter reveals that she was a huge *NSync fan in her youth and that she wanted to be Justin Timberlake's girlfriend. Bucky suggests that they play at the upcoming Nashfest. However, the following day they clash over their differing opinions and when Will and Gunnar come to blows, Avery calls them out and leaves the room. However, it is Deacon's suggestion that they should loosen up and try to enjoy themselves that does the trick and when they take to the stage at Nashfest, the crowd (including Jessie) goes wild.

Elsewhere, Daphne and Jake Maitland are paired up for a science experiment, which involves dissecting a frog. It proves too much for the latter, who runs out of the classroom. Daphne follows him out and they bond a little over their parents, until Jake calls Deacon a "rageoholic". She later lets this slip to Maddie who in turn apologises to her father over taking him to court in the emancipation case. He phones Jessie to tell her what happened and she ultimately confiscates her son's cellphone. Jake and Daphne later receive detention for running out of class and he apologises to her over what he said about Deacon.

Meanwhile, Scarlett heads down to the ranch she saw the news report and asks to volunteer. She angers the director when one of the disabled people think she is laughing at her and as punishment she is sent to clean out the stables but ends up proving herself when she saves the director's nephew Sean from being trampled on by a horse, whose paddock he enters. She is finally allowed to join the director in a horse ride.

At the Church of Coherent Philosophy, Juliette overhears someone crying during a "witnessing" ceremony but Darius just tells her that it is the next phase in training. During a therapy session, she has a memory of her mother with another man, who she called "uncle" and recalls there being a lot of money on a table. She later has her own witnessing ceremony, surrounded by Darius and the other church members, but it all becomes too much for her and she asks to stop. Afterwards, she reveals that this man would rape her and her mother would reward their visits to his house by taking her daughter to her favourite restaurant and spoiling her. Darius tells her by revealing all of this she has taken the first step to breaking the cycle she has been in her whole life before promising her that if she sticks with the training she will not be the same person when she is done. 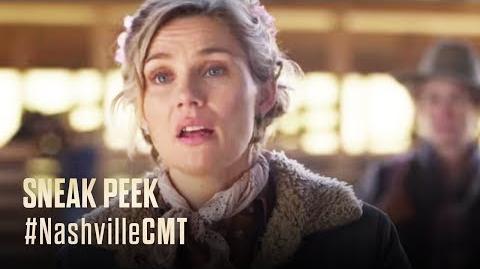