Start a Wiki
That's Me Without You is the season premiere of the third season of Nashville. It was written by and directed by Callie Khouri. It first aired on September 24, 2014.

The episode contained both taped and live footage.

Rayna is left to ponder whose proposal she will accept: Luke's or Deacon's. Meanwhile, in the aftermath of his revelation that he is gay, Will takes to the stage at the Bluebird with a visibly shocked Layla in attendance, while Deacon is outside. Luke pulls up in his car, approaches Deacon and punches him, asking why he can't let Rayna be happy for once.

In a flashback to 12 hours earlier, Rayna wakes up in bed beside Luke, who expresses his happiness that they will be getting married, but Rayna is still between two minds. Meanwhile, Juliette attempts to explain herself to Avery but he wants nothing to do with her. When he leaves, she stays on his couch wallowing in self-pity when Emily and Glenn arrive to help snap her out of it and get her ready for her audition for the Patsy Cline biopic.

At Deacon's house, Scarlett is preparing to leave town and not even Deacon can stop her. A drunk Avery arrives and asks if he can tag along with her. When they get in the car, Gunnar hops in the back, attempting to persuade her to stay but ends up being brought along for the ride. Avery and Gunnar end up getting into an argument over Avery's relationship woes. However, he later opens up to Scarlett when her car dies. When they collect her car from the garage, the car mechanic recognizes her from her meltdown video and it further solidifies why she has to leave Nashville.

Juliette shows up at the audition for the biopic but while she sings "Crazy" she's unable to control her emotions. She storms home and demands a scissors, which results in her cutting her hair. A doctor is called and he eventually tells Juliette that she's pregnant.

Scarlett and Gunnar meet Avery at a bar where he's drowning his sorrows but when a woman flirts with Avery in front of her spouse, Avery accidentally gropes her and together the trio flee the bar with the woman's spouse in pursuit. Scarlett decides it's probably best to return home to Nashville.

Elsewhere, Maddie and Daphne have been spending the day with Teddy but Maddie can't stop moping about the fact that Deacon and Rayna aren't getting married. He eventually allows them to go to the Bluebird to watch Deacon perform. Will and Layla discuss their relationship and decide it's probably best if they get a divorce. However, a producer of their reality show attempts to blackmail them by showing footage of Will confessing to Layla that he's gay.

After a flashback of Deacon and Rayna performing together, she goes to see Deacon and tells him that Luke can provide her with something that he can't: a clean slate. While performing at the Bluebird, Deacon is hopeful that she will show up but she doesn't. She has opted to attend a charity event with Luke and flashes his engagement ring in front of the paparazzi. However, she glances over at her husband-to-be and it appears that she may be regretting her decision. 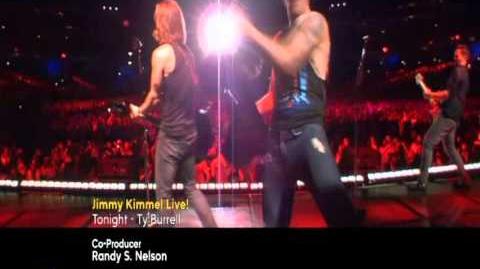 Retrieved from "https://nashville.fandom.com/wiki/That%27s_Me_Without_You?oldid=23648"
Community content is available under CC-BY-SA unless otherwise noted.