Take These Chains from My Heart

Take These Chains from My Heart is the eighteenth episode of the first season of Nashville. It was written by Meredith Lavender and Marcie Ulin and directed by Eric Stoltz. It first aired on May 1, 2013.

Rayna is looking to seize the day. She gets together with Liam to finish up her album. They make a deal to get back on stage together. Oh, and they also make out on the recording studio couch. Rayna asks Tandy if the fact that they got to second base makes her slutty. Nah. Liam wants her to go away with him to St. Lucia. Sounds like a plan. In other relationship news, Deacon reveals his plan to come back to living in the real world. Stacey is jazzed to hear this until she sees the way Deacon looks at Rayna as she performs with Liam on stage.

Deacon admits he still has feelings for Rayna. This sends Stacey away in a huff. Rayna advises Deacon to go make things right with her. Then she shows up at his doorstep to admit that she loves him. She’s loved him her whole life. Deacon is completely stunned. He asks if she's trying to kill him. She says that she loves him, she felt that he should know that she loves him, and he can do what he wants with the information. She starts to leave. He cusses quietly. She returns to him. He kisses her passionately and pulls her inside his place. They slowly, methodically undress each other before falling into bed together.

Juliette Barnes has been waiting her entire life to find a person to share a big moment like buying a house. She believes Dante is that special someone. The guy is calling all the shots for her. He’s setting up the real estate deal and forcing Deacon to resign as band leader. Jolene is also on the outs with Juliette after she accuses Dante of kissing another woman. The lady in question is the realtor who is making the house deal. Juliette wants to check out this woman just to be sure. So, she gets Emily to invite her to the show.

The realtor lady comes off as a shy, mousy woman who is in debt to Dante for saving her life during some dark times. She claims Juliette’s man isn't dorky enough for anything more than a friendship with her. Juliette is satisfied. She buys the house. Jolene swears that Dante and the realtor were kissing. Juliette doesn't buy it especially after Dante finds pills in Jolene's handbag. Jolene denies that the drugs belong to her. Juliette eventually realizes her mother's telling the truth because she’s allergic to these particular meds. If she’d taken them, she’d be dead.

Juliette learns that Dante took off with a significant chunk of her walking around money. Nearly a half million bucks has also gone missing from her corporate account. Juliette has been scammed. She still wants to buy the house as a reminder that she can never trust anybody. As for Dante, he’s on a plane with that realtor lady. The woman doesn't seem as shy and mousy as she did before. Dante’s cell phone rings. When he sees that it’s Juliette on the line, he folds the phone inside a magazine or newspaper and puts it in the trash.

Teddy is making a deal with Subway regarding the new stadium. He’s stunned to learn that Peggy truly was the one who leaked his divorce news to the press. He’s further incensed to learn of Lamar’s blackmail efforts to get in on the stadium deal. Teddy boots Peggy out of his office. He also puts the kibosh on any side deals Lamar had for the stadium. This upsets Coleman, as some of those contracts were set up as a favor to him (as in helping disadvantaged areas).

Lamar is as ornery as ever as his daughters escort him home from the hospital. He shows Rayna that he always followed her career. He wants a fresh start with her, and Rayna would like that too. Lamar is upset with his other daughter for giving Teddy the heads up about Peggy. Tandy is stunned to learn that her father feels Rayna was the only one who was there for him after his heart attack. That’s why she proposes a new alliance to Coleman. Tandy suggests he take a good look into Teddy’s past. He could find some ammunition that may come in handy in the future. She even mentions the Cumberland deal.

Gunnar is amazed at the swagger Will displays while on stage. The ladies love him. Will reveals the secret of his appeal. Gunnar puts his sage advice to use during open mic night. It’s a totally different sound for him, but the crowd loves it. A girl walks up and hands him her phone number, and he scores an offer to lay down a demo. Gunnar claims he wrote the new tune, but it’s actually something he found in his brother’s journal. Even Avery is impressed by the song. He apologizes for his past behavior and asks Gunnar to give his best to Scarlett.

Speaking of Scarlett, she convinces Rayna to give Gunnar a second chance. That’s not gonna work. Gunnar is just now figuring out the music he wants to do. It’s something he needs to do alone. Scarlett understands. She later reconnects with Avery. She sees signs of the guy she used to love now that he’s working as a roadie. Avery lets her onto the arena stage. Back home, Gunnar explains to Will why he hadn't mentioned Jason. He'd feared he might return to a dark place. He says something to Will about not wanting things to ever change, and is shocked when Will tries to kiss him. He yells at him to leave. A humiliated Will scurries out of the apartment leaving a still-stunned Gunnar wondering what just happened. 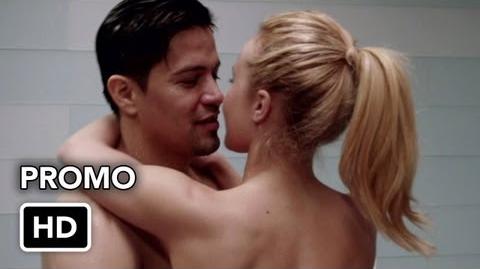