Stop the World (And Let Me Off)

Stop the World (And Let Me Off) is the fifth episode of the fourth season of Nashville. It was written by Meredith Lavender & Marcie Ulin and directed by Jan Eliasberg. It first aired on October 21, 2015.

Juliette's party girl friend welcomes her out of a drug-induced sleep and gives her some pills and a mimosa, which Juliette ends up flushing down the toilet. She's ready to reach out to her husband, but he has already signed the divorce papers. She phones Emily to apologize for going off at her and texts Avery her new number. This angers Aver who decides he's not going to drop everything for his wife.

He contacts his lawyer to discuss what to do but Markus isn't happy about Avery wasting his time by making phone calls and fires him. Meanwhile, Juliette has no memory of Avery's phone call and after firing everyone, she flies back to Nashville. She bumps into Avery and throws her arms around him, apologizing for her behavior, but he tells her he has filed for divorce and wants sole custody of Cadence.

Deacon and Scarlett decide to clean out Beverly's house and Scarlett finds herself unable to bounce back from her uncle's dig about ending her mother's life. She has a meltdown and flees to a local bar and Deacon later receives a call from the owner. Deacon brings her back to Beverly's house and allows her to sleep off the hangover. When she wakes up, he apologizes for not being there for her when she made the difficult decision to end her mother's suffering. Scarlett gets down on the floor beside him and hugs him.

Elsewhere, Rayna allows Maddie to attend Luke's concert with Colt but she must come home straight after. The teens want some time alone and while Luke meets with some Coca Cola reps, they prepare to make out with each other but Maddie does a runner and asks Juliette for advice. To make her feel better, Juliette invites her to perform with her onstage and Luke calls Rayna to tell her what is happening. Afterwards, Maddie is on an adrenaline rush and she and Colt head to the empty tour bus for some alone time. Later, Luke finds them together and orders to get on the plane back to Nashville, as Colt smiles at her.

Luke's assistant Gabriella is determined to re-brand his image and needs sponsors. She has to narrow down the list of potential CEO's and Jeff offers his services. She thinks he's ideal for the job but Luke thinks all he does is parade Layla around his events to get publicity. Gabriella wants to know if Jeff can put Luke's needs over Layla's and Jeff says yes. Rayna is concerned that Layla is seeing Jeff in a romantic light and warns her that she's going to get hurt. However, Layla won't listen and defends Jeff every step of the way. However, she later admits that Jeff is a horrible person and her head is telling her to leave him, but her heart won't let her. Rayna advises her to channel her feelings into song.

Meanwhile, Gunnar tags along with Will and Kevin on a trip to Atlanta. They're there to hear Luke perform and Gunnar has an embarrassing moment when he's chatting up one of Luke's crew and tells her that he's not gay but he once kissed Will. Kevin is surprised but lets it go. The girl changes her mind when Juliette fires her and they make out. After Luke performs, Kevin is ecstatic that he wants to buy his song but Will is less enthusiastic as he wants to keep the song for himself. Kevin reminds Will that songwriting is still a good occupation and Will thinks it's settling. 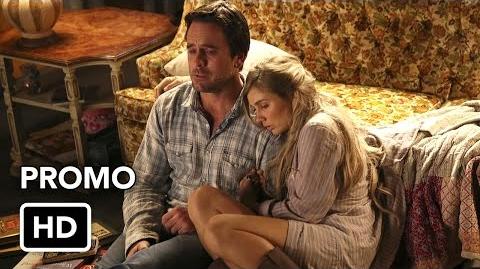