Sourwood Mountain is a traditional American folk song that has been covered by numerous artists and is performed by Hallie Jordan in the Season Five episode A Little Bit Stronger.  She plays it for a group of children who sing along as Juliette arrives at the community center.

It is included on the deluxe version of The Music of Nashville (Season 5, Volume 2).

My true love's a blue-eyed daisy,
She won't come and I'm too lazy

My true love's a blue-eyed daisy,
If I don't get her, I'll go crazy

My true love lives at the head of the holler,
She won't come and I won't foller

My true love lives over the river,
A few more jumps and I'll be with her

Ducks in the pond, geese in the ocean,
Devil's in the women if they take a notion 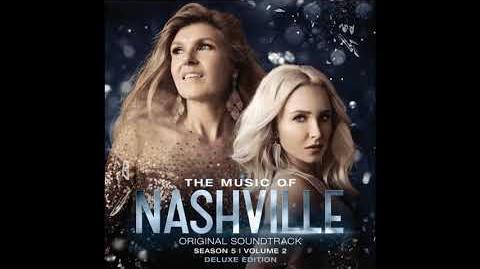