Someday You'll Call My Name is the third episode of the first season of Nashville. It was written by Callie Khouri and directed by Michael Engler. It first aired on October 24, 2012.

The episode begins with Juliette’s photo shoot and she asks her manager about the progress in getting Deacon for the tour. She tells him that she wants Deacon under an exclusive contract. He tells her that they will make him a new offer. He then tells her that her mother showed up on one of the sets and she was paid 100 bucks to leave. No one gave her Juliette’s information. Juliette is furious and she tells him that her mother is a drug addict and no one can give her anything. She then tells her manger to manage Deacon and her mother. Rayna is having a busy morning with Teddy and the girls and Deacon calls. She tells him that she is busy and she will talk to him later.

Deacon’s lawyer calls him about Juliette’s new offer. He asks him to tell Glenn that the answer is still no. Scarlett and Gunnar are practicing their song for White’s album. Avery arrives and Scarlett tells him that they got their meeting with White the next day. Joe, Rayna and Teddy’s financial advisor tells them that they need to stop spending and cut their expenses to half. Next, Juliette walks out of the studio and her mother shows up. Juliette hurries into her car and drives away and lets her manager handle her mother.

Juliette then leaves a message on Deacon’s phone saying that they are recording the new song and so if he wants to do it, he needs to come now; it is now or never. Gunnar and Scarlett are recording their first song with White and Scarlett is really nervous. Buck puts forth the tour plans in front of Rayna and Deacon, and Deacon wants to do songs like they did at the Bluebird the other night. He tells her that this is about them and they will be at their best if they do intimate romantic tracks. He reminds her that there won’t be a band or any backup singers during their tour. Rayna looks a little unsure and is freaking out a bit. She asks him to give her a minute to think. Deacon needs to get some work done and so he leaves.

Scarlett is really nervous and is unable to sing well. White wraps up for the day and Scarlett apologizes for wasting his time. White asks Gunnar to talk to her. Rayna and her daughters are deciding what the elder daughter is going to wear for the talent show. Just then Rayna receives a $500,000 check from her father. Juliette is recording her song and Deacon arrives. Gunnar tells Scarlett that White is still ready to give their stuff to a publisher and that they just need to do the demo song with some other girl. Scarlett is upset and she tells Gunnar to go ahead with the plan. Rayna asks Teddy if he asked her father for a loan. He did no such thing. She then asks him to talk to Billy to pull some strings and help them get a loan against the house. Teddy says that he is the one who got them in this mess and he will handle it.

Juliette and Deacon finish recording the song and they killed it. Deacon asks her where does the song come from and she tells him that her mother loved country music. When she asks about Deacon, he says that he wrote this song for himself. Next, at the talent contest, Lamar comes to meet his granddaughters. Rayna asks him about the stipulations he put on the loan. She wants to know what he is so bent on her giving up her career and he tells her that Teddy is in the middle of a campaign and that the girls are at the age where they need their mother. Juliette and Deacon are in bed and she brings up the Bluebird. She wants to know why he called Rayna on stage instead of her. He tells her that he did not do that to hurt her. She brings up the tour. At the talent show, the girls sing beautifully. Next, Rayna has a talk with her sister.  She tells Rayna that their father dislikes Rayna’s career as their mother had an affair with a singer-songwriter and it lasted for up to ten years and it is this affair that made their mother’s marriage work with their father. She read some letters after their mother died and she did not tell Rayna as she did not want her memories of their mother to be disturbed. Gunnar tells Avery about how Scarlett choked during the recording as she is tense that he would leave her if she gets too successful. Rayna has a talk with her father about what she just learned about her mother and as usual it doesn't go too well. She tells him that she wouldn't take a penny from him. Juliette’s mother shows up at her gate and she tells her that she needs help and that she has nowhere to go. But Juliette tells her that she cannot stay here. Jolene reminds her that she is her mother and that she raised her and now she needs her daughter.

But Juliette tells her that there was a time when she needed her. She asks her bodyguard to put her on some bus and make sure that she leaves. Next, Teddy goes to meet Billy at the credit union and Billy tells him that they do a credit check back up to the last eight years. This makes Teddy slightly uncomfortable and he tells Billy that he will discuss with Rayna and get back to him. Juliette’s manager tells her that her mother got picked up by cops as she stole some food or something. He suggests that they should let Jolene stay here as outside she could cause a lot more harm than from inside the house. Avery arrives home and drags Scarlett out to the living room. He hands her a whisk he'd picked up in the kitchen and tells her to sing into it. She asks if he's crazy. He says no crazier than Watty White thinking she should be replaced as a singer. She tells him how intimidated she was in the studio, thinking of all the greats who'd sung there before her. He says that she should overcome her fear and record the demo. He tells her that she needs to do it for the music. She can do it for him and he'll even be at the recording for her. Rayna meets Deacon and tells him that she should let him go and move on with his life.

This is the right thing to do and she should be doing this. But somehow she is unable to do so as she doesn't find it right for her. He is like music for her and something that will break her heart into pieces if she lets go of it. She cries. Scarlett and Gunnar do the recording once again and this time Scarlett sings very well. She is confident as Avery is there for her. Avery officially introduces himself to White. Juliette’s mother arrives home and she thanks her daughter for letting her stay. Juliette then goes to meet Deacon. She wants to know his answer. She wants to know whether he will go with her and if she can count on him.

He tells Juliette that it is very difficult to say no to her but he has to. Juliette knows that it is because of Rayna. She leaves. Lamar looks at an old picture of himself with his wife. Next, Juliette is at the supermarket, and she steals nail polish. Some girls standing in the same aisle record this on their phone. 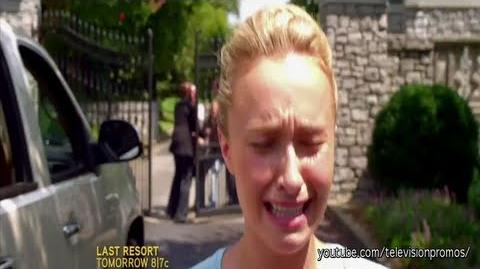 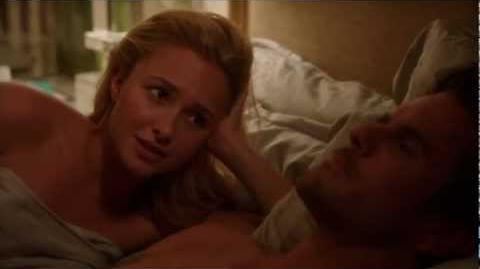