She's Got You is the seventh episode of the second season of Nashville. It was written by Debra Fordham and directed by Mario Van Peebles.  It first aired on November 13, 2013.

Juliette is in Houston to open her tour. She’s ticked when local radio DJ Bobby Delmont states on the air that the undercard featuring Layla Grant is more impressive than the main event. Charlie Wentworth is also in town on business, but Juliette makes sure he has some pleasure, too. However, she doesn’t show any affection to the lecherous Bobby Delmont. So the sleazy DJ turns his attention to Layla. Delmont instigates a full-court press boycott of Juliette. Juliette lets Charlie know that Delmont is known as Santa Claus because young girls have to sit on his lap to get airplay. A short time later, the music world’s Kris Kringle is fired.

Juliette is furious when she learns Charlie was behind Santa’s canning. She doesn’t want him to fight her battles for her. Juliette lets Bobby Delmont know that she had him fired and then rehired. She warns him to not take advantage of any young girls ever again or he’ll be out the door once again. Oh, and there’s one more thing. She gets twice as much airtime as Layla Grant, who declines Juliette’s offer for protection from letches. The shocks continue when Charlie’s wife, Olivia, reveals she’s hip to her hubby’s affair. She wants in on the action as she kisses Juliette, who cringes but doesn’t pull away.

Maddie is having a hard time accepting that her dad is marrying Peggy. She doesn’t want to sing at the wedding reception. Things will likely get worse when the girls find out Peggy is pregnant. Maddie already thinks her dad is leaving them. That’s why she wants to connect with Deacon. Rayna knows she needs to make this happen. As for Teddy, he’s considering postponing the wedding. That’s not going to happen if Peggy has her way. She plays the pregnancy card even though she’s not really with child. Teddy asks Maddie to give Peggy a chance. He assures her that she will always be his first girl.

Daphne notices how happy her dad looks at the wedding reception. Maddie sees this, too. That’s why she drags her sister up on stage to dedicate a song to their daddy. This makes Teddy very happy. Elsewhere, Luke Wheeler believes Rayna needs something to take her mind off things. The two of them open fire with some guns blowing away bottles in a field. Then they share a passionate kiss and eventually end up in bed together. This certainly takes Rayna's mind off the wedding until Maddie calls asking if she can pick her up from the reception. She wonders if Deacon will ever look at her the way Teddy looks at Daphne.

Deacon isn't thrilled when Avery uses up the last of his milk. He seems even more upset by the fact that this guy is with his niece, who doesn't believe she’s truly back together with her ex. Scarlett is also trying to wrap her mind around the news that she’s going on tour with Luke Wheeler thanks to Rayna. As for Avery, he’s stunned when Deacon asks him to play guitar at an open mic night at an out of the way club. He coaches him on how to perform without a musical instrument in his hand.

Deacon picks a dive known as Shotgun Sally’s to perform. It’s the first place he ever got the nerve to get up on stage. Too bad Shotgun Sally’s is now a comedy club. However, it is still open mic night. Deacon realizes it’s important for him to get back on that stage. He’s doing it for his daughter, who is seated in the audience next to her mother. Avery strums his guitar as Deacon launches into a song. The crowd loves him and Maddie is grateful for the time they get to chat with each other after the show.

Will is going forward with his fake relationship with Layla. He’s also having trouble seeing Brent with a new guy. Some of the locals are, too. A group of bigoted young men approach Brent and his boyfriend at the hotel club. Will happens to be seated at the bar. He makes a hasty exit as the harassment continues. Will waits outside for the two bigots and proceeds to beat them senseless. He then shows up at Layla’s room to turn their relationship from fake to real with a night of passion.

Jeff Fordham wants to meet with Gunnar. He wants his song. The only problem is he wants it for Will. Gunnar wants a record deal. Actually, he’s just looking for a break. If Jeff can help in any way, the song is his. Back home, Gunnar is in mid-kiss with Zoey when Jeff calls to say he has potential. He’s going to hook him up with a mentor and a spot at the Music City Festival. That’s certainly worth a song. Gunnar is going on tour. It happens to be the same one Scarlett is on. 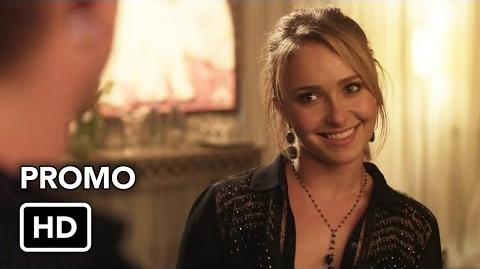