"I know all your songs by heart, you are just so great."
—Scarlett O'Connor to Rayna Jaymes

"Well, as someone once said to me, all I felt was music"
—Scarlett O'Connor to Gunnar Scott

Scarlett O'Connor is a singer/songwriter who is huge fan of the late Rayna Jaymes and the niece of Deacon Claybourne. She is portrayed by actress Clare Bowen.

Introduced as the niece of Deacon Claybourne, Scarlett is a young girl who writes poetry and is dating Avery Barkley.  She befriends Bluebird soundboard engineer Gunnar Scott who suggests putting her poetry to music.  This leads to them being noticed by Rayna Jaymes who wants them to embark on a music career as a duo.  The two also pursue a romantic relationship after she splits from Avery but she calls it off after rejecting his marriage proposal.

When her best friend Zoey Dalton arrives in town and starts waitressing at the Bluebird she befriends Gunnar and the two start dating.  Scarlett becomes jealous of their relationship and refuses to talk to Zoey. However, they later make amends. She continues on singing as a soloist and has a short relationship with producer Liam McGuinnis, who also supplies her with prescription medication to help combat tiredness when he has her working all night to get songs out of her.  Rayna tells him to break off the relationship when she catches them kissing and Liam departs for Tokyo, leaving Scarlett devastated.  Her mum also shows up and is verbally abusive to her daughter since the latter is a big success and Beverly never got the chance.  Scarlett eventually has a breakdown on stage and is hospitalized with severe depression.  After she is released, Rayna agrees to let her go from her contract.

She befriends a homeless man named Terrence George, who used to be a singer.  After Zoey splits from Gunnar since she thinks he still has feelings for Scarlett, the latter takes her place in the band she formed with Gunnar and Avery and their name is changed to the Triple X's.

Following the birth of his daughter, Avery departs the band and Gunnar and Scarlett continue on as a duo.  Gunnar also falls for a technician called Erin and has a short fling with her as well as singer Autumn Chase while Scarlett realizes she is still in love with Gunnar.  They eventually get back together.

Their relationship lasts a few months until the arrival of Damien George, who has been hired to direct one of their music videos.  Scarlett realizes she may have romantic feelings for him and splits from Gunnar again.  She later discovers that she is pregnant but does not know who the father is. She later requests a paternity test, which confirms that Gunnar is not the father of her baby.

However, she eventually tells Damien, who is at first shocked before wanting to be involved in the baby's life until Scarlett decides things are moving too fast and breaks up with him. Gunnar decides to support her in spite of not being the father but when they are mugged at the supermarket Scarlett is pushed against a car and this results in her having a miscarriage. After she puts away items intended for the baby and performs at a party, a wooden box is shown bearing what would have been the name of her daughter - Amelia Rose.

Gunnar later tells her his true feelings - that she refuses to let anyone into her life and it is hard to tell what she actually wants - and they split up again.

Following Gunnar's confession, they move on separately. She decides to volunteer at a horse farm that assists the disabled and it is here that she meets an army veteran named Sean, who she discovers has a similar passion for music. After he plays her one of his songs, she tells him he has to get his music out there to a wider audience. Sean gets annoyed when he sees his wife in the audience at an open mic night at the Bluebird and later confesses his guilt to Scarlett about a fellow colleague dying.

Sean continues to perform with Scarlett and visits his wife and son but upon seeing a Facebook page that has been set up in remembrance of his fellow colleague, he barricades himself in the bathroom with a gun. His wife calls Scarlett for help and she manages to talk him out of committing suicide. He and Scarlett perform together at a fundraiser for the ranch and he tries to kiss her afterwards, only for Scarlett to tell him that he should be with his wife and son.

In the series finale, she is seen engaged to a mystery man who is on tour with her and Deacon.

Twist of Barbwire (Be Careful of Stones That You Throw)

Waitin' (I Don't Want to Talk About It Now)

Every Time I Fall In Love (It Must Be You)

Black Roses (It's All Wrong, But It's All Right)

Falling (Your Wild Life's Gonna Get You Down)

Speak To Me (How Can I Help You Say Goodbye)

Only Tennessee (Three's a Crowd)

Fade Into You (Someday You'll Call My Name) (Gunnar)

I Will Fall (Someday You'll Call My Name) (Gunnar)

When the Right One Comes Along (Where He Leads Me) (Gunnar)

Change Your Mind (Be Careful of Stones That You Throw) (Gunnar)

Casino (There'll Be No Teardrops Tonight) (Gunnar) (with Jason on guitar)

Why Can't I Say Goodnight (I Fall to Pieces) (Gunnar)

Come See About Me (You're No Angel Yourself) (Zoey)

It Ain't Yours to Throw Away (On the Other Hand) (Gunnar)

Carry On (I'm Coming Home to You) (Terry)

Longer (This Just Ain't a Good Day for Leavin') (Gunnar)

Something's Gotta Give (Is The Better Part Over) (Gunnar)

Hand to Hold (We've Got Nothing But Love to Prove) (Deacon)

The Rubble (If I Could Do It All Again) (Gunnar)

I'm Coming Over (What I Cannot Change) (Gunnar)

All of Me (Back in Baby's Arms) (Gunnar)

As the Crow Flies (Ghost in This House (Gunnar)

This is the Moment (The Night Before (Life Goes On)) (Gunnar) 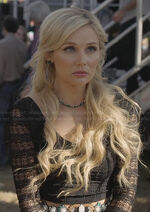 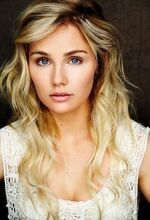 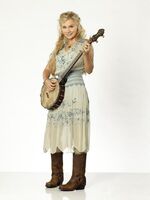 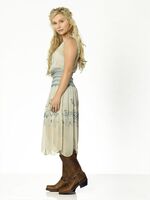 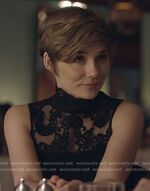 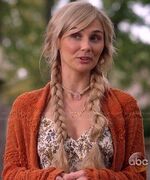