Please Help Me, I'm Fallin' is the sixth episode of the fourth season of Nashville. It was written by Taylor Hamra and directed by Callie Khouri. It first aired on October 28, 2015.

Juliette is dealing with her impending divorce from Avery in the only way she seems to know currently: by drinking heavily and popping pills. As she's leaving the hotel with her entourage, an adoring fan wants to take a selfie but Juliette, on edge, attacks the woman and is forced off her by Jeff. The footage ends up on the news and Avery, Will and Gunnar realize just how far gone she is.

Meanwhile, Gunnar is connecting with Erin, the roadie from Luke's tour. They have a one-night stand and she leaves without giving a phone number. He phones around for her number and eventually gets it, lying about her having left her earring behind, but she says it wasn't hers. He invites her to see Will perform and she accepts. Will is clearly struggling and Kevin reluctantly agrees about him not wanting to give his song to Luke. Will's show goes down a storm until a group of women he's singing to pushes a gay man to the front of the audience, throwing him off but he manages to finish his song. Afterwards, Kevin finds him drinking in an alley and Will complains that the actions of the women in there mean that he's only going to be known as a gay artist rather than just Will Lexington. Kevin realizes that the two identities can co-exist and walks off.

As Scarlett and Deacon continue to pack away Beverly's belongings, they discover that she used to perform at a local bar. The locals tell Scarlett and Deacon how much Beverly cared about her family and music and they ask Scarlett to perform one of the songs Beverly used to sing. As Scarlett sings, Deacon pictures his sister onstage and smiles. As they later head home to Nashville, Deacon contacts his sponsor, Frankie, with the suggestion of going into business together.

Having fired Avery, Markus asks Rayna to be his producer. While he initially dismisses her suggestion for an arrangement on the song, he changes his mind when Maddie plays him the version of his song that she and Daphne performed at the talent show. However, Daphne isn't happy that her sister performed without her. Elsewhere, Jeff is handling Juliette's attack on the fan and is considered for the position of CEO on Luke's label. He gets the fan to admit culpability via a press conference. Luke is reluctant to let Jeff into the business but can't deny that he handled the situation with the fan perfectly and welcomes him aboard.

At the party to celebrate Jeff's new job, Colt swipes some alcohol and ends up getting drunk. While he gets some air, he sees a drunk Juliette stumble by and make her way to the edge of the building. She climbs onto the ledge and Jeff sees her. He approaches her and tells her not to jump but as she prepares to let go he rushes forward and saves her life, in the process losing his balance and plummeting over the edge. 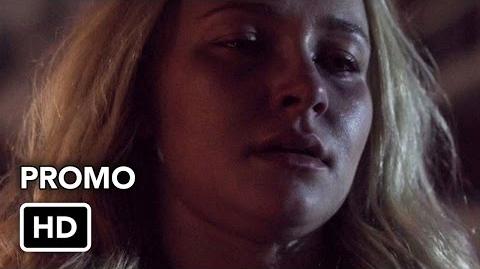 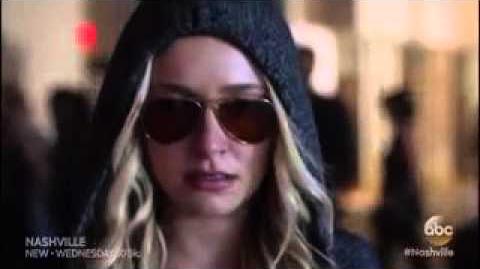