Nashville Wiki
Register
Don't have an account?
Sign In
Advertisement
in: Episodes, Season 1 Episodes, Episodes Airing in October,
and 2 more

Pilot is the series premiere of Nashville. It was written by the series creator Callie Khouri and directed by producer R.J. Cutler. It first aired on October 10, 2012.

The episode begins with Rayna Jaymes leaving for work and her husband, Teddy Conrad is home with their two daughters. The younger child is unhappy about her mother having to leave for work. But somebody needs to earn money in the house. Rayna is a super star singer. Rayna performs with Deacon Claybourne, the lead guitar player of the group, at the Grand Ole Opry. After the performance, Deacon introduces Rayna to his niece Scarlett. Scarlett writes poems but her boyfriend, Avery Barkley, is a songwriter. Scarlett is very happy to meet Rayna as she has worshiped her since childhood. Meanwhile, Juliette Barnes, another country singer is getting ready for her performance.

Just then her mother calls. Juliette pretends as if she is unable to hear her mother and disconnects the call. She is furious at her assistant that her mother managed to get her number and asks her to change it again. Her manager arrives and tells her that she needs to be extra nice to Rayna and she needs to do it for the label. Juliette sees Deacon standing in the hallway and tells him that she is a great fan. She then arrives in a room where Rayna is present with Watty White, a legendary country music producer and Rayna’s counselor, and she is happy that she is getting a chance to sing for him. But Juliette is a little rude to Rayna. After a very brief chat, Juliette leaves and Rayna’s team tells her that her numbers are falling. They suggest that she needs to do a tour with Juliette.

They tell her that Juliette is the number one crossover artist in the country. Rayna disapproves of this. Her manager tells her that she needs to cut down production costs; else she is going to lose money. Also, she needs to make a decision by the coming Monday. Rayna then watches Juliette’s performance on television and she is pissed. Next, we see the mayor presiding over a meet and Lamar Wyatt, Rayna’s father, is annoyed that Rayna is late. Rayna’s sister Tandy assures him that Rayna would be here soon. Rayna arrives and the mayor declares the day as the “Lamar Wyatt day”. Rayna hates these things and asks her sister never to call her to any of these functions. It appears that she is close to her sister Tandy.

Juliette is in the recording studio having one of her songs recorded and she flirts with Randy Roberts, the music producer. Rayna is driving with her daughters and they want her to take them along for the tour. She says that she will once they graduate! Just then Juliette’s song is being played on the radio and Rayna is upset to see that her daughters like Juliette. She turns it off saying that she has got a headache.

Rayna tells Teddy that the head of the label, Marshall Evans wants her to open for Juliette else they would stop moving her records. Teddy tells Rayna that she need not get so bothered about finances as she can borrow some money from her father. She tells him that she doesn't want to be like her sister who is practically her father’s handmaiden.

Teddy tells her that Tandy will take over her father’s business and become the most powerful woman in the country. Well. Rayna clearly states that she won't go to her father and that she needs to figure out something else. Rayna then goes to Randy’s house and tells him that they could release (as singles) three of the songs that he had selected for her. He tells her that it is not possible, because they've already been released. She then learns from him that he is recording Juliette’s song. Rayna is agitated and wonders why everyone pretends that Juliette is good. Well, Juliette is listening to all this from Randy’s bedroom. Next, Deacon is performing at the Bluebird Café and Juliette is watching his performance and she gets emotional.

Avery tries to talk to Deacon about cutting a song for him. Deacon says that he will look into it. Gunnar Scott, another aspiring musician, tells Deacon that he loved the song he sang. Deacon tells Gunnar that he likes the way he sings and feels that he has the potential to make it big. Later, Juliette tells Deacon that she wants to record the song he just sang. She then offers him the lead position in her band and also double the money that Rayna pays him. She asks him to think about it and leaves. Next, Deacon tells Rayna about Juliette’s offer. Rayna feels as if she (Juliette) is trying to take everything away from her. She tells Deacon that she doesn't want to hold him back as she wants him to be happy.

Meanwhile, White tells Rayna that she needs to reinvent herself with an open mind. Juliette’s mother who is an addict calls her and asks her for money. Next, we see that Lamar Wyatt wants Teddy to run for mayor and Teddy is a little dubious about this proposition. But Lamar convinces him to run. Teddy doesn't want Lamar to hurt Coleman Carlisle as he knows the fate of those who go against Lamar. Teddy wants to do this without disrupting Carlisle’s family reputation. At home, Rayna is surprised to learn that Teddy is running for Mayor as he never liked it. She knows it is her father’s idea. She tells him that Lamar is trying to own him. Teddy wants Rayna to take a break and stand beside him during the campaign. Rayna is in a conflict as she promised Coleman that she would perform at his announcement.

At the meeting with Marshall Evans, Rayna decides against doing the tour with Juliette. Next, Rayna confronts Lamar asking him why he is trying to lure Teddy and tells him that they cannot be bought. Lamar tells her that all the money she earned is because of him as he was the one who paid for her first album. He then asks her how it would look if she wouldn't stand next to her husband. Especially, after all that he has done for her; including raising Maddie, who he (Lamar) reckons is not Teddy’s daughter. Rayna loses it and she yells at her father. Tandy tries to handle the situation and Rayna leaves saying that she won't come tonight. Next, at the Bluebird, Gunnar volunteers Scarlett to sing. Whilst Gunnar's preparing his guitar, Scarlett announces that she will sing a song she wrote which he set to music. White enters the bar.

As Scarlett is singing the song, we see that Randy shows up at Juliette’s house unannounced and she tells him that he shouldn’t come without calling and shuts the door in his face. Deacon is in Juliette’s house and she kisses him. Lamar hears Teddy deliver his first speech and exclaims that he is a natural! At the bar, White is clearly impressed with Gunnar and Scarlett. He calls Rayna and makes her listen to their performance. He has an idea. We see that Rayna goes to the podium to stand next to her husband; and this means that she doesn't keep her promise that she made to Coleman. Tandy and Lamar are glad that Rayna made it tonight. 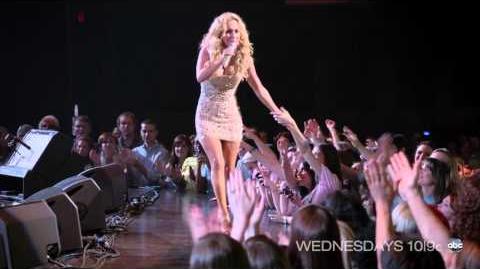 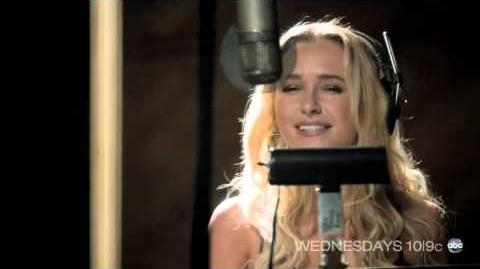 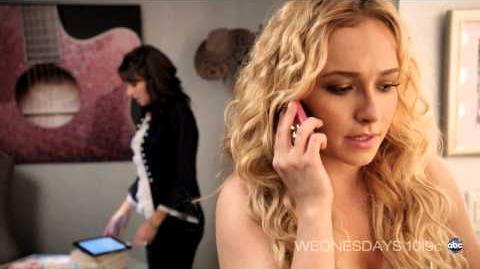 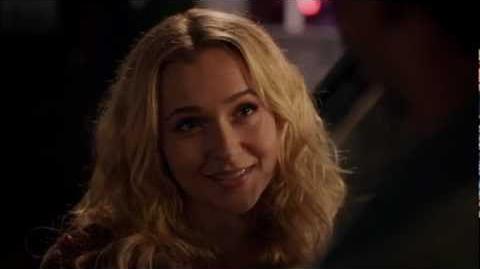