New Strings is the season premiere of the final season of Nashville.  It was written by Scott Saccoccio and directed by Timothy Busfield. It aired on January 4, 2018.

The episode opens with Deacon and the girls gathering for a Christmas photography session as Scarlett arrives to join them. However, they are interrupted by a call from Bucky who wants Maddie to perform at a benefit concert before attending MTV's New Year's Eve party in Los Angeles. When she hangs up and tells everyone the news, Deacon is visibly disappointed since it will be their first New Year celebration without Rayna but he encourages Maddie to go with Scarlett acting as her chaperone. When Daphne sees who's on the performer list, she is excited as one of her favorite performers, Jonah Ford, will also be there.

Meanwhile, at Juliette's house, she is having a near meltdown as she prepares for her first tour in two years. Having been given another chance at Highway 65, she later takes to the stage at the Bridgestone Arena and starts singing, only to stop when she is confronted by jeers and nasty banners by crowd members. She then proceeds to tell the audience that if they knew the real her they would not like her and she leaves the stage as Glenn and Avery are left wondering what just happened. The following morning, Avery brings her some tea and notes how the last few months have been a daily struggle for her before suggesting that they get away for a few days. They head to Asheville, North Carolina, but Juliette finds it hard to relax so while Avery is asleep during the early hours of the morning she heads down to the hotel lobby. She chats to a man, striking up a deep conversation with him before he leaves. Later, she discovers that the man is a motivational speaker at the Church of Coherent Philosophy.

The following day, Glenn tells her he got a call from the man, named Darius Enright, who said that he wants to meet with her. Initially reluctant, she decides to meet with him and he tells her that whenever she feels like having an outburst to count to ten and breathe. This comes in useful when she later conducts a radio interview and is questioned about her rant at her concert before a caller lashes out at her. Juliette is about to respond when she remembers Darius' words and admits for the first time that she has depression, shocking both Glenn and Avery.

After being introduced onstage by Jonah Ford, Maddie performs to her audience and the two teens later exchange phone numbers. It turns out that she was added to the guest list by his request.  When he fails to show up for a pre-arranged rehersal he sends her a text but later meets her and Scarlett outside their hotel. He asks her if he can fly her home to Nashville and with Scarlett's approval she agrees. They later have a meal together. Meanwhile, Scarlett has deleted Gunnar's phone number from her favourite contacts on her phone and rings Deacon to check in on how he is. Daphne is also worried that he is alone and gets him to go out where he meets Zach but bumps into Brad Maitland, who is still obnoxious towards both men.

Meanwhile, Will is still hung up over his break-up with Zach, who has moved on with a new man called Mark. Gunnar is having a hard time getting over his break-up from Scarlett as well and the two of them bond over this subject. Gunnar finds himself unable to let loose in rehearsals but later takes to the stage at a bar where he starts singing before stopping. Will joins him onstage to complete the song as a montage shows Scarlett finding old photos of herself and smiling, Deacon having second thoughts about finding love on a dating site and joining her, Maddie and Daphne to ring in the New Year and Juliette and Avery ringing in the New Year with Cadence. As Avery puts their daughter to bed, Juliette contacts Darius, telling him that she is ready. 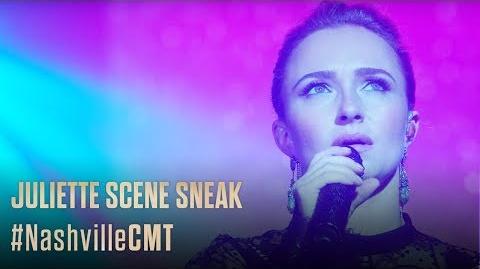