Nashville Wiki
Register
Don't have an account?
Sign In
Advertisement
in: Episodes, Season 4 Episodes, Episodes Airing in May,
and 2 more

Maybe You'll Appreciate Me Someday is the season finale of the fourth season of Nashville. It was written by Meredith Lavender & Marcie Ullin and directed by Callie Khouri. It first aired on May 25, 2016.

The episode opens with Juliette attending an Oscars pre-party and complaining to Glenn that she just wants to skip it all and go home.  She asks Avery if he would like to come to L.A. with Cadence but Layla isn't too pleased about the arrangement and she lets Avery know about it.

Scarlett decides to tell Gunnar that she loves him but as he processes it Autumn interrupts their moment and Scarlett realizes they're an item.  Rayna and Deacon are in New York with Daphne for a benefit gig but they're unhappy that Maddie is only blocks away and they can't contact her.  Maddie is handling her new recording project and is introduced to a producer named Vince Pierce.  When Rayna learns of this via Maddie's Instagram, she flips and confesses to Deacon that when she was Maddie's age she worked with Vince and he attempted to force himself on her.  Her manager thought it was no big deal but she doesn't want Maddie to go down the same road.

Meanwhile, Juliette is confronted by the paparazzi who ask her what happened the night that Jeff died.  Glenn and Juliette call in her lawyers and figure out that Layla may have had something to do with it.  Elsewhere, Will decides to go on Cynthia Davis' show but Luke calls in Kevin for support and they decide to hold a protest outside the TV studio.  She eventually agrees to have him on the show but when she tackles him he turns the tables and tells her she's scared that her viewers will see him not as a gay country singer but as a son, a friend, a human being and a good person.  Later, having learned that Kevin and his boyfriend broke up, he asks him for a second chance and they kiss.

Glenn and Juliette learn that Kate Fordham, Jeff's sister, is prepared to sue her for $3 million for wrongful death and Juliette agrees to pay it as she just wants everything to be over with.  Later before she attends the Oscars, she decides to conduct an interview in order to clear things up and admits the truth with Avery watching from home with tears in his eyes.

With Maddie potentially in trouble, Rayna decides to reach out to her daughter via an blog post to the Huffington Post detailing the disgusting actions of Vince Pierce.  Maddie gets the link to the post from a friend and reads it.  Vince starts to get aggressive with her and as things deteriorate Deacon shows up to save her.  Cash arrives to take her away and Maddie tells her she's had enough of her.  After Rayna and Daphne have performed, Deacon and Maddie show up and they all go home together.

After deciding they're breaking up the band, Scarlett has a change of heart and spills her feelings to Gunnar.  As they open for Autumn, Gunnar pulls Scarlett in and kisses her in front of the screaming crowds as Autumn looks on in shock and says they're fired.

Having spoken to Colt, Luke has learned that his ex-wife is now single again and after seeing Will and Kevin back together decides that it might be time to rekindle his relationship with her.

Meanwhile, Glenn learns that Layla must have been the one who tipped off the paparazzi about Juliette being involved in Jeff's death and tells her he wants nothing to do with her again.  He informs Avery who screams at Layla and leaves her.  He heads to the airport with Cadence to be reunited with Juliette, who has skipped the Oscars and lost her nomination, but as they wait a staff member approaches them and informs Avery that Juliette's plane has disappeared from radar. 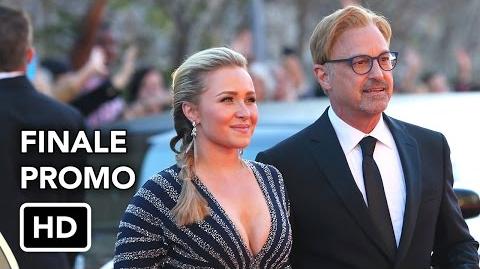 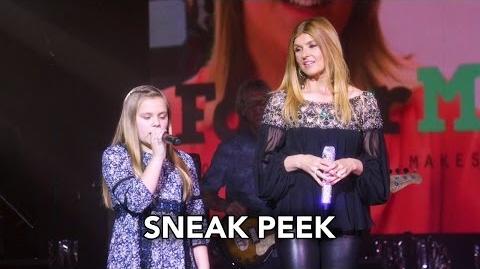 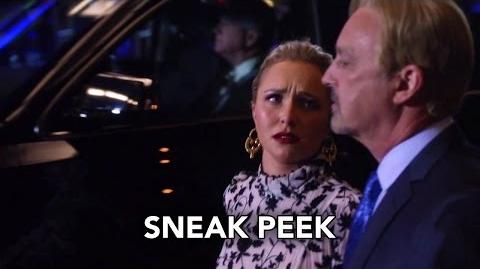