Lovesick Blues is the seventh episode of the first season of Nashville. It was written by Wendy Calhoun and directed by producer Mimi Leder. It first aired on November 28, 2012.

The episode begins with Bucky telling Rayna that Marshall wants her to release her new albums at the anniversary event of the label. Rayna decides that she is going to end the show with one of her latest songs that she recorded with Liam. Sean and Juliette are together and Glenn interrupts their bus moment. Makena tells her that some football fans are spreading negative publicity about her that Sean is not performing well because of Juliette. The tabloids are saying that too. The people don't like their heroes dating kryptonite. Juliette is not even sure about her relationship with Sean. Glenn tells her that Marshall Evans wants to meet her.

Marilyn Rhodes is trying to make it big for Avery. She has booked a place which is going to have at least 500 people and she is going to make sure that Avery is going to be a big hit. Rhodes also tells him that a big shot guy named Domino is ready to sign Avery up. But Avery doesn't look too excited. He is feeling bad as Scarlett has been to every small gig that he has done and now something so big and she isn't around. Marshall arrives to meet Juliette and tells her that they would want her to perform just one song at the Ryman. Juliette is pissed as she knows that she has been a boon to this label and that she is very popular and just one song won’t do justice to her image. But Marshall tells her that with all the negativity about her, they need to protect their investment and hence just one song for her.

She wants to close the show with her song. Marshall tells her that she could if she agrees to perform with someone whom the industry respects: Rayna. Teddy arrives home and it is movie time with the family. Teddy tells Rayna that his numbers are up. Rayna tells him that Marshall doesn't seem to like her new track; but other than that life is just great. Coleman calls Teddy and tells him that he wants to meet him immediately. At the Bluebird, Deacon is performing and Scarlett is really upset because of her breakup. She hasn't gotten back to writing yet. Teddy meets Coleman and Coleman tells him to drop out from the race. He shows him his photographs with Peggy and gives Teddy the week to decide. Or else this will go to the press. Next, Juliette is pissed about being put with Rayna. Glenn tries to convince her.

Teddy tells Lamar and Tandy about the photographs and Lamar tells him that the pictures will surface whether he drops out or not. Lamar tells him to come clean and explain the pictures. But Teddy is worried about the Credit Union connection being dug up. Lamar assures him that the trail has been wiped clean and all that he needs to worry about is Rayna. They tell him that he needs to get rid of Peggy. Scarlett is trying to keep herself busy by doing the housework and Deacon tells her that she is going to write for the Ryman with Gunnar. Rayna arrives with Liam at the Ryman for practice and she meets Deacon there. They exchange pleasantries. Marshall arrives and tells Rayna that she needs to close the show with Juliette; otherwise he will release her latest hits album on that day itself.

Rayna is sick of the threat and she tells Bucky to tell Marshall that if she will do this duet with Juliette then he will owe her and that she will release her next album produced by Liam and it will be her own songs. Juliette is at the auditorium and Deacon arrives to meet her. He tells her that if she stops fighting with Rayna, then she could learn a few things from her. He tells her that she can do this and she will be fine. They all meet at the rehearsal and Juliette tells Rayna that she is fine with the duet but she isn't ready to play all nice with Rayna. Rayna tells her that she can do whatever she wants. Hailey arrives to meet Scarlett and tells her that the best way to get over someone is by getting under someone else. She dolls her up and takes her to a pub.

Gunnar is surprised to see that dressed up Scarlett. Rayna and Juliette obviously are having a big argument about the kind of song they need to do at the closing. Teddy talks to Peggy and tells her that she needs to be honest with her husband and tells him all that happened and that they aren't involved romantically. At the pub, Gunnar is uncomfortable with seeing a guy all over Scarlett. Hailey notices that and she feels a little bad. The guy then kisses Scarlett and Gunnar drives him away. Scarlett is pissed and says that she shouldn't have come in the first place. She leaves. At the rehearsals, Rayna is totally rude to Juliette by telling her that she has done nothing to earn the place in the label.

Deacon is angry at Rayna and tells her that she needs to listen to a song that Juliette has written and that then decide about her writing talents. He storms out. Sean arrives at Juliette’s house and they make out. Juliette tries to unbuckle his pants when he stops her and tells her that he is not into casual sex. She is angry and thinks that he is gay and he agreed to this for appearances. He tells her that he really likes her and wants to take things slowly. She asks him to leave. Scarlett arrives at Avery’s house and she tells him that she misses him. But just then she sees Rhodes coming out of the bedroom and she is not wearing her clothes. She runs out of the house. He tells her that he did not start sleeping with her till the time they broke up.

He tries to explain and she leaves. Rayna arrives at Juliette’s house and tells her that they need to write together and that they need to handle the situation like pros. Juliette agrees. Lamar tells Teddy that the best way to deal with the situation; they bring up Coleman’s recent possession case. Rayna and Juliette have managed to write a song without killing each other! Finally, it is show time. Scarlett meets Gunnar and tells him that he has helped her change her life and that she is glad she hasn't lost him. Sean comes to meet Juliette and tells her that he respects any woman too much to have sex outside the confines of marriage; especially her. She finds it weird but she is also happy. They kiss and make up. Teddy arrives to meet Rayna and Rayna figures that there is something wrong. But he tells her that they can talk about it later. The performance begins and the four of them set the stage on fire! Marshall is sure that this is going to be huge. They get a huge applause for their performance. Teddy is very disturbed, but he still encourages and appreciates his wife with a warm smile and applause. 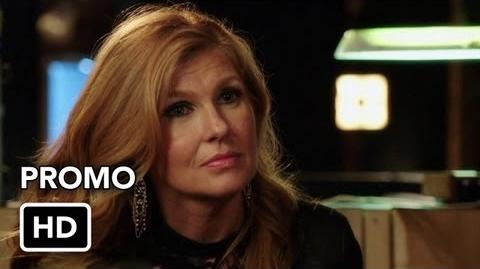 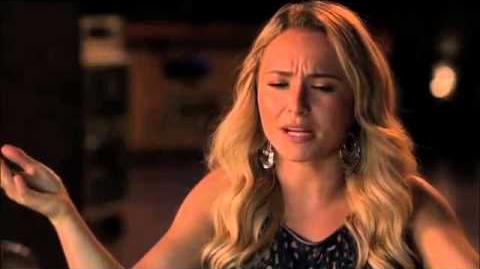