Let's Put It Back Together Again is the third episode of the fifth season of Nashville.  It was written by Geoffrey Nauffts and directed by Mike Binder. It first aired on January 12, 2017.

The episode opens with Juliette sitting in front of her laptop listening to a new song and ridiculing it as she does not see herself in short skirts and stilettos. Avery tells her to give herself more time and goes to pick up one of Cadence's teddies before Juliette grabs it, saying that she's fine. He has to head to work since he's producing the new album of teenage Internet sensation Ashley Willerman. When he leaves, Juliette is seen actually looking at Facebook for Hallie Jordan's contact details and she locates her home address.

At the recording studio, Maddie is beginning her first day as an intern and is getting to grips with working at the reception. Deacon is also there to work on Ashley's album and when Avery arrives she thanks him for putting in the good word for her. Soon, Ashley arrives and is soon ordering Avery and Deacon about as well as demanding that Maddie get coffee for her and her entourage. Maddie goes to the coffee shop across the street where she hears a young singer playing to an audience. When she gets the coffee, she's so focused on the singer that she drops her drinks and he rushes to help her. She compliments his singing and he introduces himself as Clayton. They chat over coffee and he reveals that his mother got involved in drugs and eventually died, leaving his grandparents to raise him. Maddie is soon called back to work.

Meanwhile, Juliette and Emily arrive at Hallie's house and Hallie is surprised but delighted to see her, saying that she has prayed for her since the crash. Juliette breaks down, asking why she survived and everyone else did not, and Hallie tells her to keep her hopes up that she will get better. Hallie rushes off to work and Juliette notices that she has problems starting her car.

At Highway 65, The Exes meet Randall who has made Rayna a smoothie. They find him kind of strange but he says that he can help with getting their music out there digitally. Back at the studio, things deteriorate further when Avery and Deacon comment on Ashley's strange vocals, which are similar to Britney Spears. When Avery attempts to have a word with her, she throws it back in his face and he decides he has had enough and tells her to find a new producer. Clayton calls to the studio to return Maddie's lyrics journal and an angry Ashley asks for a lunch menu and sends her on another food trip. When Maddie returns she says she cannot eat the food as she's vegan and Deacon tells her to give Ashley his sandwich. Eventually seeing how Ashley is treating everyone, Maddie snaps and tells her to stop being such a bitch and a shocked Ashley tells her that she will be reported to the studio owner as an annoyed Deacon looks at her. Later, Rayna meets a fan who asks for a selfie and enquires about Maddie being home.

Meanwhile, Juliette receives a call from Hallie, who says a man approached her with keys to a new car. She says she cannot accept it and when Juliette hangs up she tells Emily to phone the dealership to take the car back. Deacon tries to have a word with Maddie over her behavior at the studio. He says he had a word with the studio boss who said Maddie could have her job back if she apologizes for what she did. However, Maddie does not believe she did anything wrong until Rayna has a word with her about how she behaved the day of the emancipation. After chatting with Daphne, she makes amends with Deacon. At Rayna's studio, Randall stays behind after Bucky leaves and pockets Rayna's trinket box with Maddie's picture on it.

Back at Juliette's house, she tells Avery that she met Hallie and attempted to give her a car. They get into an argument and when Cadence begins to cry, Juliette says she'll change her. Avery realizes she's frustrated about the slow progress of her recovery but Juliette then says that Cadence wet herself on her leg and she felt it. The following day, she goes to see Hallie to apologize for trying to give her the car and says she got some sensation in her legs back.

Having told Will and Gunnar about Juliette getting sensation back, he asks her if they're an item again but Juliette admits it will take time to figure that out. He heads to the studio to tidy up and looks through some papers. Juliette takes her keyboard and sings as Hallie is seen trying to start her car and Maddie apologizes to Ashley for snapping at her. 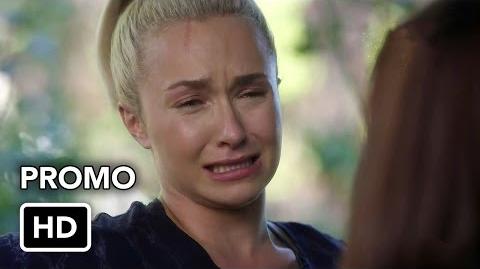 Retrieved from "https://nashville.fandom.com/wiki/Let%27s_Put_It_Back_Together_Again?oldid=19537"
Community content is available under CC-BY-SA unless otherwise noted.