Leap of Faith is the fourth episode of the fifth season of Nashville. It was written by Savannah Dooley and directed by Lily Mariye. It first aired on January 19, 2017.

The episode opens with Juliette doing physical therapy with her therapist while Avery cares for Cadence. She's determined to get back on her feet as soon as possible and wants to try a walking aid that she found on the internet. She later cancels her medical appointments as she wants to go ahead with using the walking aid, although Avery clearly has reservations.

Meanwhile, Kevin has been apartment hunting and tries to encourage Will to see one he thinks may be perfect. However, he did not mention that they're gay in case the realtors are homophobic. When Will goes to see it alone due to Kevin having to work, he thinks the realtor is coming on and leaves. He doesn't let on about his true feelings about the apartment when Will questions him but meeting Avery for a drink, he voices his concerns about moving in with Kevin and Avery advises him to come clean. Will goes to see Kevin and invites him to a gig but Kevin reveals that he knows Will lied about submitting an application after finding it crumpled up in the thrash, and Will admits that he doesn't want to move in with him, which leads to them breaking up.

When Juliette tries out the walking aid she has visions of the crash and suffers a panic attack. Her therapist tells her the attacks are her mind's way of protecting her body by not letting her do the things she wants to do. When she and Avery get home, he realizes that she has not been taking her meds and he gets angry with her when she says that she doesn't his or anyone's help.

Meanwhile, Zach arrives in town and joins Rayna and Deacon at the Bluebird to see The Exes perform. He's very impressed with what he hears and wants to go into partnership with Rayna as long as he gets 20% of the profits that the label makes. After talking with Deacon, she consults with her lawyer who says the offer is acceptable. Rayna later meets Zach for lunch and agrees to go into business with him. However, when she gets home she receives a mysterious package which contains a letter and rose petals. She voices her concerns to Bucky who advises her not to lose any sleep over it. She also receives a call from Zach who says he has found the perfect person to direct the video for The Exes new single - he's a friend named Damien George. When they meet at Rayna's office he explains his vision to everyone and Rayna seems pleased.

When Avery and Juliette arrive home from her therapy session he tries to ease her worries but buckles out of having sex with her in case he hurts her. Juliette goes to church and decides to ask God why her life was spared in the crash. After chatting with Will, he goes home to Juliette and carries her into her bedroom where they have sex. Will performs a new song at his gig after breaking up with Kevin as the latter throws his belongings out. 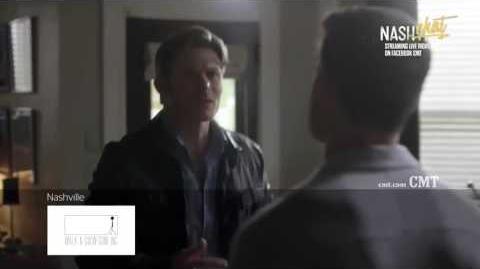 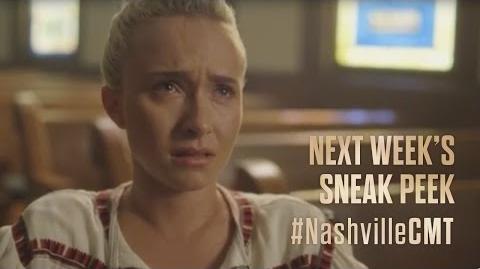