Just for What I Am

Just for What I Am is the twelfth episode of the second season of Nashville. It was written by Ben St John & Mollie Bickley St John and directed by Stephen Cragg.  It first aired on January 22, 2014.

Scarlett sings ‘Free’ in concert with Zac Brown, but the demands of fame are burning her out. She's unable to concentrate during a radio interview and trying to sleep whenever she can. Meanwhile, Rayna asks Deacon to help write a much-needed hit for her new album, and it's like old times.

Meanwhile, concert venues are dropping from Juliette's tour in the aftermath of her blasphemous comments. A furious Jeff tells Juliette to apologize or she'll be dropped.  After failing to get a response to his phone calls, Avery calls to see Juliette to find her passed out on her bed. He tries to cheer her up by taking her busking, and it seems to work as she later requests that they write a song together.

Gunnar gets an invitation to co-write from Jay DeMarcus of Rascal Flatts, which causes a rift between him and Zoey. After talking with Avery, she confronts Gunnar at the Bluebird. At Edgehill's #1 party, Scarlett gives Gunnar the cold shoulder and later breaks down in front of Rayna, telling her how Deacon will follow her every command, so Rayna and Deacon agree to cool off their contact for the time being Rayna and Luke decide to make their relationship official. Elsewhere, Teddy discovers that the man who killed Peggy, whose family is being defended by Megan, was a former employee of a subsidiary of Wyatt Industries, and believes that Lamar had something to do with her murder. 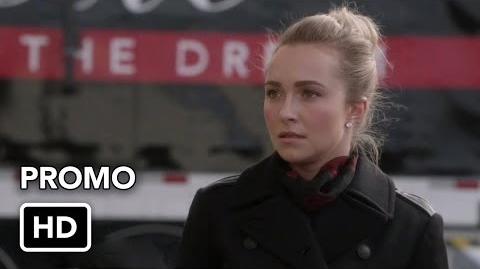