Jump Then Fall is the third episode of the final season of Nashville.  It was written by Savannah Dooley and directed by Allan Arkush. It aired on January 18, 2018.

Deacon meets Jessie in a coffee shop but their peace is interrupted when Daphne sees them together. Later, Jessie remarks to Scarlett how awkward she felt when Daphne saw her with Deacon as she knows that Daphne disapproves of her. Deacon also confides in his niece, saying that he knows Jessie will never be able to replace Rayna. Deacon later decides to come clean to Maddie and Daphne about his new relationship. Maddie takes the news well but when she is about to head out later she finds Daphne crying, saying that she hates Jessie since she feels that she is trying to replace their mother.

Meanwhile, Maddie has been spending more time with Jonah, who invites her to join him and his entourage at a nightclub. She meets his hyperactive friend Twig and she and Jonah dance together. They get together again to record a duet but are accosted by the paparazzi as they attempt to leave the recording studio. They seek refuge in Jonah's house where they watch a movie before Twig discovers that the media has posted photos of Jonah and Maddie, making up stories of him having moved on from his ex-girlfriend. Maddie encounters Jonah in the kitchen and they have a heart-to-heart about the pitfalls of being famous. She shows up at the studio where she encounters Twig. They get along really well and she later decides that dating celebrities is not the way she wants to live her life.

Elsewhere, Zach tells Deacon that he has decided to leave Highway 65 in a bid to return to his home state of California in order to seek a Senate seat. Deacon wishes him the best of luck but while he is packing up his office Will pops by to say his goodbyes, only to be interrupted by Zach's boyfriend who has shown up to help Zach with his belongings. It is clear that Will has taken their break-up hard since he is also spending more time bulking up at the gym, where he picks up an attractive man. They arrive home and start making out, only to be interrupted by Gunnar who is looking for his keys. Will and this man take the action to the bedroom but Will finds himself unable to have sex and later visits a doctor, ultimately revealing that he has been taking steroids. Gunnar later walks in on him attempting to inject himself but does not say anything.  Meanwhile, Scarlett sees a news report about an animal sanctuary that piques her interest.

Juliette also attempts to reassure Avery that this movement is a good thing for her and brings him to meet Darius but on the ride home it is clear that they are on opposing sides as to which direction Juliette should go in. She attends a barbecue alone and when she arrives home Avery attempts to chat with her, but she is having none of it so he storms off, leaving her alone in her thoughts. 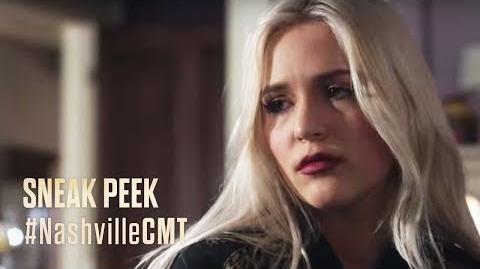