It Must Be You

It Must Be You is the sixth episode of the second season of Nashville. It was written by Monica Macer and directed by Kate Woods.  It first aired on October 30, 2013.

During an interview with Robin Roberts, Rayna fields questions about her accident, divorce, singing comeback as well as her father’s recent arrest. She also gives a shout-out to her new label’s first artist, Scarlett. However, she has no comment on the subject of romance. In other news, Jeff Fordham is pressuring Rayna for her buyout offer. That’s going to be tough now that all of Lamar’s assets have been frozen. Tandy suggest she attend an upcoming event, the Belle Meade Invitational Polo Match, to possibly raise some funds from Nashville’s old money crowd.

After catching Deacon pounding out a tune on the piano, Emma invites him to accompany her to the Belle Meade match, as her firm is sponsoring it. Deacon doesn’t want to go which leads to a reality check on the seriousness of their current relationship.  Juliette also gets an invite to the event. Surprise, surprise, Charlie Wentworth is also there. He’s the married rich guy Juliette slept with not too long ago. Juliette is roped into hanging out with Charlie’s wife, Olivia.

Speaking of feeling awkward, Deacon looks very out of place, but he shows up at the polo match to support Emma. Teddy is there, too. He’s setting up a Music City Music Festival even though the only thing the press wants to talk about is Lamar or his upcoming marriage to Peggy. As for the festival, Charlie Wentworth suggests that Juliette be the face of the event. Sounds good to Teddy. Unfortunately for Rayna, the business deals aren't flowing as well for her. This could have something to do with the fact that Lamar’s former CFO, Tandy, is by her side.

Juliette lets Charlie know that she would have never attended the polo match if she knew he was behind the invitation. That’s exactly why he never told her. The guy is completely smitten and indicates that all is not great with his wife. He wants to prove to Juliette that there’s more to him than meets the eye. Charlie ends up winning the polo match, but he’s a no-show at the award ceremony. That’s because he’s in the stables with Juliette who sings a tune while one of his employees plays guitar. When Rayna later insinuates that there might be something sketchy going on, Juliette gets ticked. She nixes any notion of Scarlett joining her tour.

Deacon chats with Luke Wheeler before eventually making his way to Rayna. Both are surprised to see each other. The conversation is cut short when Emma pops over. Deacon appreciates that she isn't threatened by Rayna. Elsewhere, Juliette witnesses Charlie’s wife going off on him. It’s a glimpse of what his wife has been like since they got married. Juliette lets Charlie know that they should work together on the mayor’s music festival. They celebrate the merger in Charlie’s hotel room.

Gunnar and Avery are taking advantage of Juliette’s studio when Scarlett pops in. It’s a little weird. Once Gunnar leaves, Scarlett has a heart-to-heart chat with Avery about all that’s happening in her life. This includes a booking at the Bluebird with critics in the audience. Avery lets Scarlett know that if he had a chance to do things over, he'd do it differently. The two of them share a passionate kiss before ultimately making love.

Gunnar wants to be with Zoey, who thinks their coupling was a mistake. Zoey is shocked when Scarlett admits she slept with Avery. The heart wants what the hearts wants, right? Zoey later lets Gunnar know that she was wrong. She’s all in with him. They share a kiss just before Scarlett’s show. Rayna also gets a kiss from Luke Wheeler after she asks him to let Scarlett open on his tour. Finally, there’s more kissing between Juliette and Charlie in his hotel bed. They are so engaged in their lovemaking that neither has any idea Charlie’s wife walked in to see them together. She steps back out of the room pondering her next move. 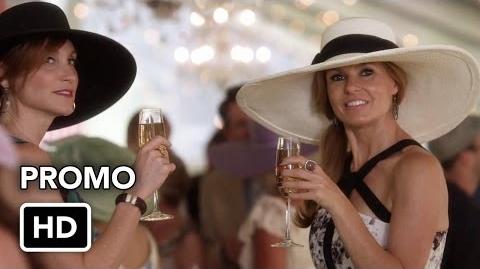