Is The Better Part Over

Is The Better Part Over is the twenty-first episode of the third season of Nashville . It was written by Meredith Lavender & Marcie Ulin and directed by Julie Hébert. It first aired on May 6, 2015.

Juliette is back in the news - and back to feeling like her old self - following her rooftop performance high above Highway 65. She's angry at Rayna for not paying attention to her but Rayna has bigger concerns since news of Deacon's cancer diagnosis has broken. Juliette says she'll have an album finished in two days and Rayna better not walk out on her again.

Rayna has Beverly's check returned to her all torn up. At Highway 65, Scarlett and Gunnar are having a meeting to discuss their duo 'The Exes'. Rayna is giving them a good deal but Scarlett isn't happy. She's being stubborn as that's what Gunnar wants to do.

Teddy wears a wire to his meeting with state senator Stern, who reveals he had a business dealing with Lamar and now the FBI are on his back. He reveals that Tandy was the main conduit between the senator and Lamar. Will and Kevin return from their weekend away and Will's dad arrives in town. This is the same man who left his son on the side of a road aged 17 and told him he wished he'd never been born, but Will hugs his father and says he loves him. Kevin isn't buying it and Luke finds out that a tabloid magazine has published photos of Will and Luke together.

Layla isn't happy about being dumped by Jade in the aftermath of the drunken photo of her being posted on Twitter. Jeff tells her to retaliate but Layla doesn't want to. Bucky tells him to get her to back off but Jeff doesn't pass on the message. Jeff asks her to sign a contract since he built her up from nothing and will take care of her like he does, so she does.

The news of Deacon's cancer diagnosis is all over the radio and people are freaking out. Scarlett says she'll play some songs with him. When Deacon comes home, Rayna is crying, saying she went to see Beverly. She says that every time she's looked at her future he has been in it. Deacon bails on the Bluebird, asking Scarlett and Gunnar if they can fill in for him. They're still fighting about their record deal but once they go onstage their respective significant others suspect there's something going on. Afterwards, Caleb asks Scarlett if she still has feelings for Gunnar but she says the only feelings she has are of frustration.

Avery is angry that Juliette didn't tell him about Deacon's cancer but she dismisses it. He wants to go see Deacon perform at the Bluebird but Juliette says she can't go as Rayna told her to finish her album in two days. Avery goes alone while Juliette works on her album and leaves Cadence crying. While Juliette goes to the studio, the babysitter calls Avery as Cadence hasn't been fed or changed for hours. Avery calls Juliette to come home and she walks in on an intervention, including her doctor. Everyone says she has been rude and crazy and won't even call her daughter by her name. Avery says they're all ready to help her as they think she has postpartum depression, but Juliette storms out.

Rayna finally gets Deacon to the Bluebird and they perform a duet. Afterwards, they share a kiss as Beverly walks in and tells her brother she wants to help him live. However, as they hug, she glares at Rayna. 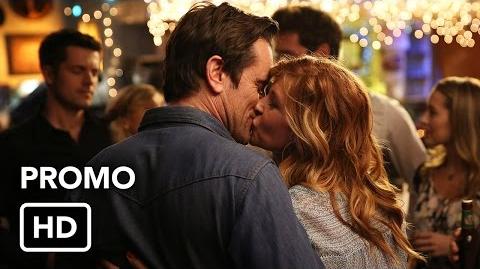 Nashville 3x21 Promo "Is The Better Part Over" (HD)