If I Could Do It All Again

If I Could Do It All Again is the thirteenth episode of the fourth season of Nashville. It was written by Sibyl Gardner and directed by Callie Khouri. It first aired on March 30, 2016.

Deacon thinks he's got a great plan to make The Beverly a success but Frankie is more preoccupied with Vita having stolen the money from the bar.  Deacon decides it would be a great idea to have Riff perform at the venue in Frankie's slot since he's opening for Luke on tour, but this doesn't sit well with Frankie.  Deacon, however, is all for it and eventually Frankie gives in.  Meanwhile, Gunnar and Scarlett meet with Highway 65 so that they can listen to their album.  Rayna and Bucky agree that the final song would be a perfect choice for lead single, but while Scarlett feels that it may be alienating Gunnar since she wrote the song and it's mostly her vocals, she discusses it with Gunnar who says he's fine with the choice.

Glenn meets with Layla to discuss how her recording sessions with Avery are going and she says that she couldn't be happier.  Elsewhere, Avery takes Cadence to the swings in the park and meets a single mother and her daughter.  They start chatting but Avery says he has to go as he's called to the studio to work with Layla.  When he arrives she notices how happy he is and he tells her about his meeting.  She later attempts to invite him to see Riff perform at The Beverly but he tells her he has a date with the woman from the park.  He goes to her house for dinner and they eventually kiss.

Deacon tells Rayna about Frankie's suspicions of Vita and she says she will have a word with Vita as she's coming to the Highway 65 offices to sing for her.  When she arrives, Rayna asks straight out if she stole the money from The Beverly but Vita says she didn't.  She plays a song for her and Bucky and admits that she and her sister were placed in foster care when they were young and her guitar has always meant so much to her since she received it.

A label called Three Dollar Vinyl, whose artists are all gay, calls Will to arrange a meeting.  The boss admits that since his artists are mostly electronic and alternative performers, Will would be the first country artists on the label and he guarantees that his music will sell like wildfire to their demographic.  Will can't imagine being pigeonholed like that and when he's later buying a coffee he sees that the barista is selling her own CDs.  It seems being an independent artist might be the way to go.

Luke believes he has his tour back on track but he must first deal with Riff, whose rehearsals with Luke's backing band aren't going well since he's out of practice and lashing out at them as well as lashing out at Luke.  Luke follows him to his Jeep and Riff tells him how Luke's kids don't like him before driving off.  Colt returns to town to see Maddie, who constantly brushes him off to spend time with Cash.  She invites him to see Cash play at the Bluebird and when Cash takes to the stage to perform Maddie's song Colt can see how enamored Maddie is with Cash.  When he later invites her to his house, he tells her that she should focus on something else in life rather than just music and she gets annoyed with him.  They split up and Cash brings her home, but she refuses to sing with Daphne.  Rayna later has a chat with Daphne and tells her not to get too upset about Maddie as she's going through a tough time.

Frankie lashes out at Vita for stealing the money and she storms off after admitting she did take the money.  Rayna later confronts her at her car and Vita admits that she took the money since her sister was going through some personal difficulty and needed her help.  Deacon and Rayna decide it's best to cut ties with her.  Avery goes on a second date with the woman but it doesn't go as well as the first since he hasn't been able to stop talking about Juliette.  It seems he's not quite ready yet to get back in the dating game.  Layla is barking orders at a photographer and an assistant and Glenn has a chat with her, telling her not to become another Juliette Barnes.

Riff manages to get his act together after chatting with Luke and takes to the stage at The Beverly, where he goes down a storm.  However, when he calls on Deacon to come onstage, Frankie isn't too pleased and heads to the storeroom where he opens a bottle of beer.  Scarlett and Gunnar resolve their song issue by deciding to put both their names to any songs they write together in future.  After Colt is dumped by Maddie he stops outside an army recruitment center - it seems he knows where his future lies.  Rayna returns to the hotel parking lot to try and talk to Vita, only to find the police at the scene.  She is told that there was an altercation but no one was in the car, as Vita's belongings are seen strewn on the ground. 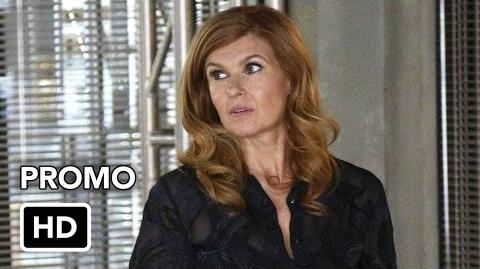 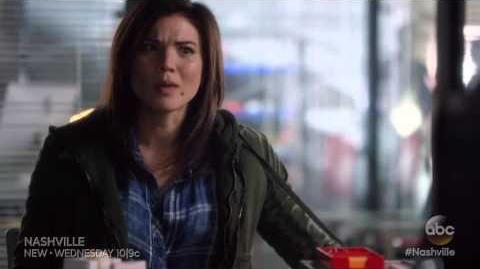 Nashville 4x13 Sneek Peak "If I Could Do It All Again"