I Feel Sorry For Me

I Feel Sorry For Me is the fourth episode of the third season of Nashville. It was written by Elodie Keene and directed by Debra Fordham. It first aired on October 15, 2014.

Zoey continues to be paranoid about her relationship with Gunnar since his ex-girlfriend Kiley came into town and when she catches Gunnar and Scarlett together, her jealousy gets the better of her.  She confronts them about it but they admit there's nothing going on.  Zoey later asks Gunnar what they should do about Avery and Gunnar says that cheating isn't the end of the world.

Rayna goes after Sadie Stone as a new artist to sign to her record label Highway 65. In order to woo her, Rayna invites Sadie out for a girl's day on the town, which she thinks may help to seal the deal.  However, when Rayna is trying on wedding dresses they discover that the paparazzi is outside and manage to make their getaway in Sadie's car.

Scarlett eventually tells Zoey that the reason she was so secretive with Gunnar was because they were planning a going away party for her.  She tries to mend things at the Bluebird but it ends up backfiring terribly.  Both girls feel that they may be growing apart.

Avery continues to use alcohol to drown his sorrows, which only takes him to new lows.  Gunnar tries to improve things by taking him out and when Avery asks how he can love someone so much and hate them at the same time.  Gunnar says he felt that way about Jason.  He always felt he could look up to Jason and was hopeful that Jason would get his act together.

Deacon bonds with the backing singer he slept with and she introduces herself as Pam York. Deacon pours his heart out to her about Rayna and she later shows up both at his AA meeting and to play poker on his tour bus.  While they're at a pit stop, they realize the bus has left without them and end up buying a motorcycle in order to catch up to the tour buses.

Juliette continues to try her best at hiding her pregnancy but when she starts to have stomach pains and mood swings, she has to let down her wall.  She tells Glenn and Emily the news and tells Glenn to find a doctor and a family that would be willing to adopt the child.  She says that she has worked out a plan with her tour dates and movies so the dates don't conflict but she later explodes at Glenn and demands the list of parents and doctors who can help deliver her child in secret.

Glenn goes to see Avery who throws him out when he says that Juliette is like his child and when he has children he will understand.  However, Avery doesn't take this advice on board and continues his heavy drinking at Zoey's going away party.  He's later arrested for crashing his car on some couple's lawn.  Juliette later gets a call from Avery to bail him out of jail but he refuses to talk to her and says he wishes they had never met.

Elsewhere, Jeff has been tempting Sadie to sign to Edgehill which she does and she tells Rayna that she wants to be the next Rayna Jaymes but Rayna says that Edgehill didn't make her that way and tells her that if she signed with Highway 65 she can just be herself.  At Sadie's gig that evening, a triumphant Jeff shows up, but the smile is wiped off his face when Sadie announces to the crowd that she has signed with Highway 65.

Jeff also shows up at a benefit auction at Maddie and Daphne's school, offering $25,000 to build a student recording studio.  He also bids on a round of golf with Teddy and gets on his good side about how much he cares about music for youngsters,  Jeff then makes a call asking if it's possible to sign children to Edgehill with only one parent's consent. 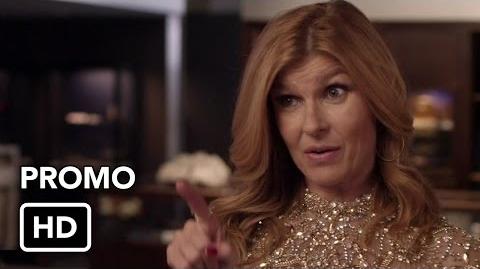