I Can't Get Over You to Save My Life

I Can't Get Over You to Save My Life is the third episode of the third season of Nashville. It was written by David Gould and directed by Stephen Cragg. It first aired on October 8, 2014.

Juliette is having rehearsals but cuts them short when she rushes off to the bathroom to throw up, leaving a lot of people confused.

Meanwhile, Rayna is desperate to hold on to Luke even if it means pushing the wedding forward to November, but even she is unsure if she wants to go that fast. Maddie throws another fit when her fishing trip with Deacon is cancelled. When Teddy discovers that she has destroyed her jeans, he's not happy and she convinces him to let her go to a barbecue.

Deacon is on tour with Luke and a backing singer attempts to chat him up. Luke isn't happy with him and ends up cutting some of Deacon's set. When Rayna phones with the suggestion of pushing the wedding day back, Luke hangs up on her. She later shows up on his set as a surprise and suggests doing a honeymoon tour together. He later shows her a new tattoo bearing her name.

Deacon storms off and thrashes his dressing room, finding Juliette there. She tells him she's pregnant and he tells her to tell Avery or let him go. When he gets back to his room, the backing singer makes out with him. Will is angry that his album has been replaced at the top of the charts by Rayna's and says he will be bringing his personal trainer on the road with him. Jeff tells him not to bring Layla on stage but when Layla learns this, she tells Will to man up and put him in her set. Layla goes to Jeff and threatens to out Will unless Jeff helps boost her career and her next record isn't gold. While exercising with his trainer, Will says he needs to have a real workout and the two make out in the locker room.

Zoey asks Gunnar why he's working on songs with Scarlett and they go to see Avery, who's still drinking, and tell him he needs to sober up as they have a gig. They go to a party and bump into Scarlett. Gunnar, Zoey and Avery take to the stage and Avery sings a song aimed at Juliette with some very angry lyrics, shocking Gunnar and Zoey. Gunnar also meets an old friend, Kiley. Maddie has also shown up at the same party, having lied about the barbecue, and when she makes out with a guy, Scarlett grabs her and takes her home.

When they get home, Zoey lambasts Gunnar for talking to a girl and Gunnar tells her he doesn't have anyone, but Zoey says he has her. However, Gunnar meets with Kiley and tells her about Jason.

Juliette is practicing how to tell Avery the news but sees him come home with a girl, who he later tells to leave. Juliette decides to go and see Rayna, waiting on her doorstep when she gets home and she shows her the ultrasound scan. 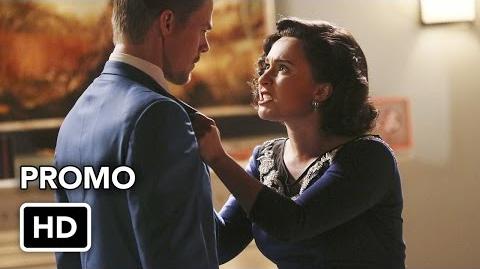 Nashville 3x03 Promo "I Can't Get Over You to Save My Life" (HD) ft. Derek Hough