I've Got Reasons To Hate You

I've Got Reasons To Hate You is the twelfth episode of the third season of Nashville. It was written by Sibyl Gardner and directed by Jean de Segonzac. It first aired on February 11, 2015.

Rayna is still trying to figure out her life without Luke and thinks about Deacon. When she meets Bucky, he tells her that there are rumors that she's in rehab or too emotionally upset to sing so she decides that she will do a performance at the Bluebird unannounced.

She runs into Sadie, who says she's had the 'flu', and invites her to perform with her at the Bluebird but Sadie turns the offer down. She then looks at photos on the wall of her and Deacon together and reminisces about them performing together.

Deacon goes to his AA meeting and later he has problems speaking. The doctor says it's probably a problem with the medicine he's taking. Beverly arrives at the house and is angry that she came all the way from Mississippi to be a potential donor and Deacon and Scarlett don't particularly want to patch things up with her. Scarlett asks her to stay and undergo a blood test. While making dinner and singing together, they receive news that Beverly isn't a match for Deacon but it is later revealed that she actually is. Scarlett gets angry with her and Beverly blames everything on her brother and it shouldn't be up to her to save him. With that, she leaves.

Maddie continues her bad behavior by sulking since Deacon canceled guitar lessons. When Rayna says they're giving each other some space, Maddie isn't happy and that night they have a little chat, with Rayna suggesting that they write a song together.

Jeff is mad with Luke for being sad about the wedding. He's also looking for some new talent to sign to his label and calls in Maddie and Daphne. When he suggests signing Maddie to the label, Teddy isn't too pleased since Rayna won't agree to it but Jeff says only one parent's signature is needed and there's no place for Daphne in his plans. When Teddy talks to Maddie, she's still in a bad mood, saying that no one takes her seriously.

Micah doesn't want to talk to Gunnar and is being disrespectful to his grandparents and got suspended from school. Gunnar flies down to see him and talks to him about Jason, giving him a phone before he leaves.

Meanwhile, Juliette is waiting to give birth and wants to work on new songs. She's having problems getting through them and when Avery awakens at 2am he finds her gone as she's thought of some songs to work on.

Rayna shows up at the Bluebird with Sadie a no-show. Instead, she sings the song she and Maddie wrote and she performs it with her daughters. Deacon goes to another AA meeting and says there was a time it wouldn't have mattered if he had died but now he's terrified as he has so much to lose.

When Jeff sends Teddy the contract to sign, Teddy says he won't do it as Rayna wouldn't accept it and Maddie needs another year. Jeff blackmails him by saying that he could expose Teddy's relationship with Natasha which would throw his position as mayor into jeopardy. 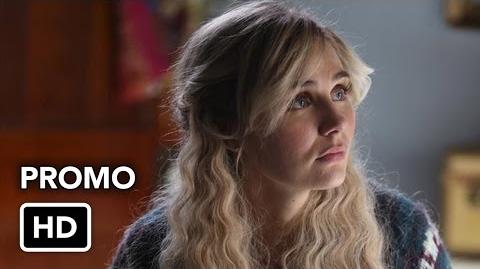