I'm Tired of Pretending is the ninth episode of the second season of Nashville. It was written by David Handelman and directed by Kevin Dowling.  It first aired on December 4, 2013.

After Layla performs an encore in her opening act slot, Juliette is annoyed and decides to pay her back by moving up her set so there won't be any time for extra songs. Juliette then learns that Charlie is set to divorce his wife, Olivia.

Maddie asks Rayna and Teddy if she can take guitar lessons with Deacon but that does not go over well. Deacon also doesn't think it's a good idea but everyone agrees. Teddy isn't in the best of moods but Peggy tells him it's important to Maddie. While attending an open mic session to see Maddie perform, Teddy gets angry when he sees her perform with Deacon. The two men come to blows outside the venue and are split up by Rayna, who rebukes them for their behavior, as Maddie walks off. Peggy wasn't aware that Deacon is Maddie's biological father and Maddie says that she shouldn't see either Deacon or Teddy any more.

While out at a bar, Will gets drunk, embarrassing Layla, and falls off the bar. He attempts to apologize by getting her flowers. He then suggests that they can sing a duet together for her last song. After finding out Juliette's plans for the set list, Layla isn't too happy and is even more so when Juliette walks onstage in her place and performs with Will. She later returns to Nashville for the music festival and phones Avery before chatting with Charlie, telling him he doesn't bring out the best in her and advises him to call off the divorce.

Rayna gets a call from Lamar, who's in jail. She goes to see him and learns that he's aiming for house arrest and wants her to be a character witness since Tandy is a tattletale. At the hearing, Rayna says her father is not a flight risk but house arrest is denied. Scarlett is jealous of the friendship between Gunnar, Zoey and Avery since they work together at the Bluebird. Zoey tells Gunnar that Scarlett should know about the relationship since they're best friends. However, when Zoey tries to talk to Scarlett, it doesn't go well and Scarlett later walks in on Gunnar and Zoey kissing.

Rayna tries to heal the rift between Deacon and Teddy but the latter ends up getting Deacon's name removed from the set list. Rayna also wants to know what's going on with Tandy but her sister won't say anything. Meanwhile, Layla crashes at Will's house and decides it's time to pay Juliette back for what she did so she phones a tabloid to say that Juliette is the cause of the marriage break up of the Wentworths. 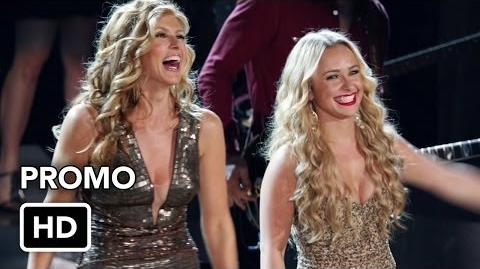