I'm Not That Good at Goodbye

I'm Not That Good at Goodbye is the eleventh episode of the third season of Nashville. It was written by Debra Fordham and directed by Jan Eliasberg. It first aired on February 4, 2015.

In the aftermath of Rayna calling off the wedding, Luke hasn't taken the news very well as he thrashes the scene, including destroying the wedding cake by driving his truck into it.  Rayna knows she has hurt him but Bucky hopes Luke can take the high road.  Unfortunately, 'People' magazine has left Rayna with the bill.  When she tells her daughters that the wedding is off, Maddie asks if she's going to marry Deacon and stomps off when Rayna says things aren't so simple.  Luke shows up at Deacon's house and when Luke insults Rayna a fight breaks out even to the lawn outside and the scuffle is caught on video by a passerby, so it soon goes viral.

Deacon goes to see Rayna and Tandy slams the door on him.  He then goes to the cancer center with Scarlett for a medical appointment.  Meanwhile, Rayna goes to see Luke, who's shooting beer bottles.  She apologizes but all Luke can say is that she was a has-been legacy before they got together.  Rayna then makes an announcement to the press, requesting privacy and even though her relationship with Luke may be over, their friendship will endure.  Luke drowns his sorrows by throwing a party at his house where many people show up.  Feeling left out, his kids head to Teddy's house to see Maddie and Daphne.

Layla is in hospital after her suicide attempt and Will isn't happy with Jeff, who says that all he did was give her the pills to calm her down.  Teddy intervenes and asks the police to drop the charges, but the police say that they're hopeful Layla won't press any charges.  Will tells Layla he knows how she feels and she tells him that his secret is killing her.  Will tells Jeff that he knows about the secret footage in their bedroom and Jeff goes to the network and cancels their show.

Since Juliette and Avery are now married, he moves into her house which makes Juliette a little crazy.  Gunnar goes to court with Micah's grandparents but is forced to come clean to the kid that he isn't actually his father but that they're still related.  Upset, Micah asks his grandparents to take him home with them.  Gunnar later tells Avery everything that has been going on and then notices the wedding band on Avery's finger, so Avery announces that he and Juliette got married that morning.  Gunnar is delighted.

Sadie shows up at a gun shop in order to purchase a gun for protection.  She removes her glasses and reveals a black eye, thanks to Pete.  She later writes a sad song and when Pete shows up she doesn't answer the door, but he tells her he will be back.

Back at the hospital, Will apologizes to Layla for everything he's done to upset her and says he will grant her a divorce and there will be no investigation into what went on at Jeff's party.  Elsewhere, Deacon is undergoing tests and a doctor tells him there's a tumor on his liver so he will require a liver transplant.  However, Scarlett is the wrong blood type for a donor so they'll need to find someone else.

Rayna calls to see Deacon but he doesn't say anything about the cancer.  She tells him that she loves him and has always loved him but chose Luke as she didn't want the pain and says she needs time to think things through.  Deacon tells her to take all the time he needs.

As Luke sings at his party, Sadie prints out order of protection forms and Juliette finds the perfect spot for Avery's chair - in the nursery next to the baby's crib.  Back at Deacon's house, Scarlett phones her mother. 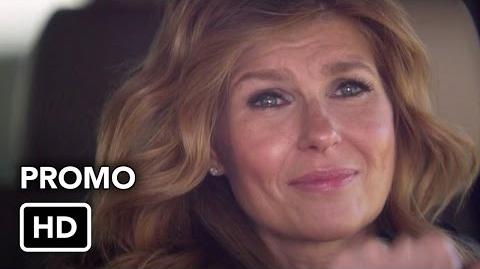