I'm Lost Between Right and Wrong

I'm Lost Between Right and Wrong is the thirteenth episode of the third season of Nashville. It was written by David Gould and directed by Michael Lohmann. It first aired on February 18, 2015.

Rayna discovers what Teddy has done when she receives a diamond necklace addressed to Maddie with a note from Jeff, who says she will be the 'diamond' of the Edgehill label. She shows up at Edgehill, saying there's no way Teddy would ever sign anything like that and tears up the note. Jeff says it's too late.

Rayna storms over to Teddy's house but he says he has a right to make a decision about Maddie's future. Rayna says he doesn't and leaves. She later tells him that she will strip him of his parental rights and Teddy says that he was forced into doing it, revealing details about Layla's suicide attempt and how he made the investigation go away as he was seeing a prostitute. Rayna tells him not to mention all of this to Maddie.

Deacon is fine about Beverly not being a match for him. The doctor won't tell him how long he has to live and he does some research online and makes a will. When Maddie comes over for guitar lessons and sings he stars crying and says he plans on sticking around. Scarlett goes to see the doctor, whose name is Caleb, and begs him to give Deacon a better diagnosis. He chats her up and she later buys him a coffee.

Meanwhile, Avery is run off his feet attending to Juliette's every need, since his heavily pregnant wife in confined to bed. He has to be at the studio to help Sadie with recording her album. Sadie gets a call from the studio from Pete, who received the restraining order. He's outside and serves her a lawsuit. She comes clean to Avery, who says she has to tell Rayna, and he goes outside to confront Pete. Pete is about to hit him when Sadie comes out and tells him there are surveillance cameras, ordering to get back in his truck and return to Virginia. She decides to calm herself down by getting back to recording some songs.

Layla plans to leave Nashville but Jeff pays her a visit, wanting her to sing for the chairman of the label. A depressed Gunnar has taken to the bottle and is burning photos of Jason. Luke pays him a visit, wanting him to write a song. Will is also there and the trio go out drinking but Will freaks out when a woman hits on him and runs off. Luke is giving him a hard time and Gunnar tells him to come out, but he won't do it. Will says he's not a playboy and Luke says he and Gunnar are too sensitive, but that his one night stands make him feel something. They write a song together and Luke says it will be some time before he gets over Rayna.

At the label meeting, Jeff is going on about Maddie but Rayna shows up instead. Rayna tells the chairman about the blackmail and Layla almost drowning in Jeff's pool. The chairman says that Maddie's contract is void. As Sadie sings, Layla realizes Jeff has dumped her again and Gunnar burns one of the only photos he has of Jason. Jeff shows up at Layla's house, saying he's been fired and she invites him in. Rayna tells Teddy the contract was void and that she wants their daughters with her exclusively, before telling him to get out of her office. 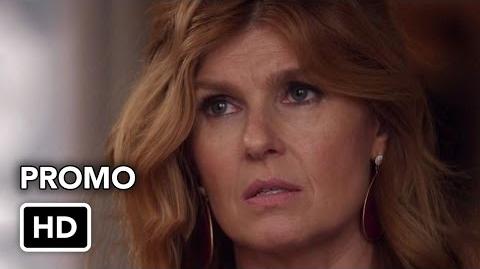