I'm Coming Home to You

I'm Coming Home to You is the seventh episode of the third season of Nashville. It was written by Monica Macer and directed by Mike Listo. It first aired on November 12, 2014.

Rayna performs a new song on "Dancing with the Stars". Bucky offers her a cover story in "Rolling Stone" magazine but it has to be done that weekend. However, Luke has finally got time off his tour after two months and isn't happy that a reporter will be following them around all weekend.

The reporter says he doesn't want a puff piece and they're interrupted by Juliette, who is annoyed that Rayna hasn't been returning any of her calls. Rayna tells her that she isn't thrilled with the songs Juliette gave her and tells her to channel her anger at Avery into her songs.

Luke and Rayna go cake tasting but the reporter tags along as well. When they get home, they find Maddie and Colt kissing and Rayna asks the reporter to leave their kiss out of the article while telling Maddie that kissing her soon-to-be stepbrother won't play well in the media. She later meets with the reporter and offers to give him information about her relationship with Deacon in exchange for not publishing anything about Maddie and Colt. He asks if she and Deacon would still be together if he hadn't relapsed the previous Fall. Rayna hesitates. It also turns out that Rayna and Luke were to be married that day before moving the wedding and they share a little dance.

Terry apologizes to Scarlett for getting angry with her and tells her that his wife and kids died in a car crash. She asks him for help with her songwriting and suggests joining her onstage at the Bluebird. They perform together in spite of stage fright.

Deacon is feeling under the weather and "Rolling Stone" contacts him but he hangs up on them. Scarlett suggests inviting Pam for dinner but he says no. However, he later calls her to keep him company and he thanks her for helping him through a rough patch with his music.

Avery and Juliette go to the doctor's together and while he wants to know the sex of the baby, she doesn't. However, he doesn't want to participate in Lamaze classes and when he drops by with the crib he purchased, he hears Juliette singing and freaks out. He asks Emily to take photos in the delivery room of Juliette and the baby and she tells him Juliette is scared and he admits he feels the same way. As Juliette has her Lamaze class, he shows up and feels the baby kick.

The premiere of Will and Layla's reality show is the next night and she invites him to come hear her perform at an open mic night. Zoey and Gunnar tag along and all of them are impressed with Layla's vocal skills. Afterwards, Will talks to Layla but she tells him that the pain he caused her gave her a voice. As their show premieres, they realize they've been depicted as fools. The producer tells them it's a ratings hit and they signed contracts.

As Gunnar spends time with Micah, Will shows up unannounced in the hope of staying with him and Zoey. He gives Gunnar a hard time about her. Later, as the couple prepare to go out on date, Gunnar receives a phone call from Kiley. She tells him that her boyfriend has made it clear that he doesn't want kids and she has decided to follow him, leaving Micah with him and Zoey. 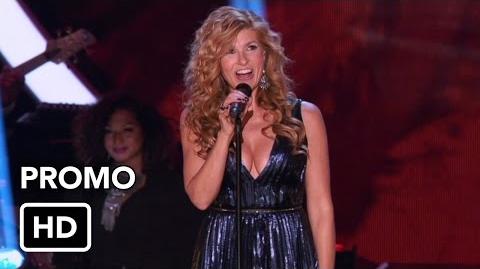