Nashville Wiki
Register
Don't have an account?
Sign In
Advertisement
in: Songs, Season 1 Songs, Songs by Gunnar Scott,
and 2 more

I'm Sorry for You My Friend

I'm A Lonesome Fugitive is a song from 1967, written by Liz Anderson and Casey Anderson and performed by Merle Haggard. It is performed in the Season One episode I'm Sorry for You My Friend by brothers Gunnar Scott and Jason Scott, after the latter is released from prison.

Jason:
Now I raised a lot of cane back in my younger days
While Mama used to pray my crops would fail

Gunnar:
Now I'm a hunted fugitive with just two ways:
Outrun the law or spend my life in jail

Gunnar and Jason:
I'd like to settle down but they won't let me
A fugitive must be a rolling stone
Down every road there's always one more city
I'm on the run, the highway is my home 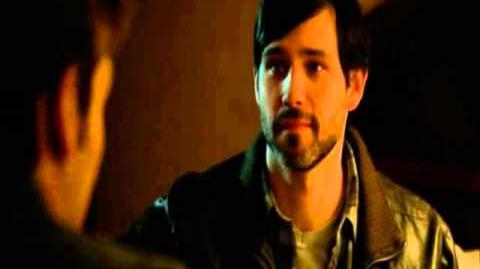