How Far Down Can I Go

How Far Down Can I Go is the second episode of the third season of Nashville. It was written by Meredith Lavender & Marcie Ulin and directed by Mario Van Peebles. It first aired on October 1, 2014.

After being rejected by Rayna, Deacon is moping around the house and Scarlett suggests that he should have a shave. He later spends time with Maddie by taking her to a furniture store to buy a chest of drawers, but Maddie is still angry that Rayna is marrying Luke instead of Deacon. Deacon tells her he tried but she turned it down. After sulking for some time in her bedroom, she apologizes and tells Deacon it should have been him marrying her mother.

Meanwhile, Luke tells Rayna that she's rich enough to be Mrs. Luke Wheeler and tells her that he's never even tasted his own barbecue sauce but just put his face on it for sales. However, he tells her that if she chose to hide away in a cabin in Montana he would be fine with that.

Rayna is interviewed by the media about Luke's proposal but refuses to divulge information. She performs with Luke Bryan in front of a large audience. Instead of being happy that his album has displaced Rayna's at the top of the music charts, Will is concerned about Layla, who's still trying to process his revelation. She decides to turn the tables on him by blackmailing him into boosting her own career.

Jeff Fordham is told to sign some female singers to Edgehill or else the label will fold and he's even asked if he has a problem with women. When Juliette later shows up for the Patsy Cline audition, he teases her about her weight gain, unaware that she's actually pregnant.

Elsewhere, Avery continues to drown his sorrows at the Bluebird and even comes close to making out with a waitress, but stops as he realizes he still has feelings for Juliette.

Juliette decides to keep the baby and goes for an ultrasound where she learns that she's actually eight weeks pregnant and not four, meaning that Avery is the father and not Jeff. 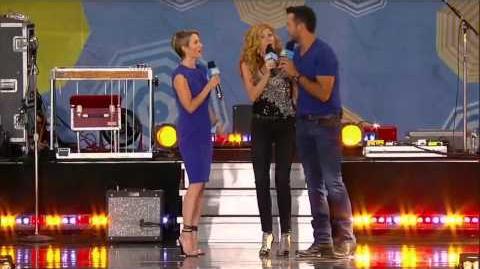