Guilty Street is the sixteenth episode of the second season of Nashville. It was written by Sibyl Gardner and directed by David Grossman.  It first aired on March 5, 2014.

Luke makes breakfast for Rayna and asks her how she's coping after Lamar's death.  She says she's relieved and he feels bad for not being there for her.  Bucky shows up and tells Rayna that Scarlett's studio check bounced and Luke suggests firing her bookkeeper - Tandy.

After her recent appearance at the Opry, major pop labels are vying to sign Juliette, overwhelming Avery.  They go to a fancy restaurant to celebrate, even though he can barely afford it, and receive an expensive bottle of champagne from Jeff.  Juliette storms over to his table and slams the bottle down, telling him where to go.  However, he offers her a new deal with Edgehill with Avery as her writer, but after much deliberation she turns it down, saying she doesn't want to be a pop star.

Deacon asks Megan to come on the road with him but she's afraid that he'll fall into bad habits again.  He reassures her that it's all behind him.  Zoey, Avery and Gunnar meet to rehearse and come up with a band name.  Gunnar says that he booked them a spot at The Mercy Lounge but Avery says that he should have consulted with them before doing it next time.  Rayna tells Tandy that several checks have bounced and Tandy says that the music video was over budget and a royalty check didn't arrive.  She says she's still sad about their father's death but Rayna tells her to get it together.

Layla comes home to a house party and interrupts them as Will's song is on the radio and he's the most requested artist.  Everyone cheers and someone asks Will how he's going to celebrate.  He and Layla end up sleeping together.  She then tells him that Jeff won't return her calls and when Will later tries to boost her career, he only makes matters worse between him and Jeff.  Jeff later phones Layla to tell her she's fired and Will tries to comfort her by telling her she's great and that he believes in her.

While clearing out Peggy's belongings, Teddy discovers medication that she took for her miscarriage, and confesses to Megan that he thought he knew Peggy but was wrong. At an AA meeting, Deacon runs into an old friend, Ruth Bennett.  They catch up over a drink and she tells him that she owns a bakery.  When she attempts to make a move on him, he tells her that he's in a relationship.  After she leaves, Deacon phones Megan, but she's busy making out in her car with Teddy. Meanwhile,  Rayna catches Scarlett and Liam together and advises him to end their relationship, so he tells her he's leaving for Tokyo.

Avery shows up for the show but Gunnar gets annoyed and tells him that not everyone has a rich girlfriend.  A fight breaks out between them and Zoey steps into put a stop to it as they have a gig to do.  The gig ends up going well.  Juliette asks Rayna if she will sign her to Highway 65 as a means of resurrecting her career and Rayna agrees. 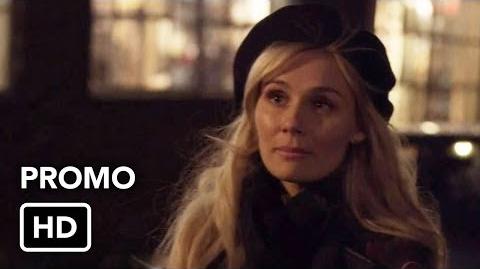