First to Have A Second Chance

First to Have A Second Chance is the tenth episode of the third season of Nashville. It was written by Meredith Lavender & Marcie Ullin and directed by Callie Khouri. It first aired on December 10, 2014.

As Rayna tries on her wedding dress, Tandy asks if Deacon will do anything to disrupt the wedding. The record company wants to extend the honeymoon tour but Rayna wants to stay at home. Maddie and Daphne suggest they can go to boarding school like Luke's kids and they'd have horses. Rayna realizes Luke has been making parenting decisions without her and isn't happy.

She confronts him about it and he says that he doesn't want their lives to be that kind of crazy. Rayna tells Tandy that she doesn't know her own life anymore and feels out of touch with her daughters. Tandy dismisses it as pre-wedding jitters. Rayna looks at her wedding dress and then at the "Rolling Stone" magazine.

The following morning, as wedding preparations are being finalized, she goes to Luke and tells him the wedding is off as she can't do to him what she did to Teddy. He says he's not Teddy, but isn't Deacon either. When she leaves, he starts crying and destroys the scene while Rayna drives, removing her ring.

Meanwhile, Deacon is staying in Memphis and Scarlett joins him.  They go to a bar for a spot of karaoke but Deacon is still mad about Rayna and Luke.  He leaves the bar alone and returns to his hotel room where he starts thrashing the room before looking at the booze. When Scarlett returns, she finds him passed out on the floor and he's rushed to hospital where he informs a doctor that he hadn't been drinking but the doctor tells him his case is far more serious - he has cirrhosis of the liver with possible signs of cancer.  Deacon doesn't want anyone to know.

Will is on the cover of a magazine, saying that he might be gay.  Jeff tells him to butch up and Layla acts all flirty with Jeff, which annoys Will.  Will confronts Jeff but Jeff says it just happened and Will wants Jeff to convince Layla to go out on the road. While at a party, areporter confronts Will and tells him that if he isn't gay he'll sleep with her.  Layla attempts to make a move on Jeff, who tells her she's drunk and gives her a bottle of pills. Layla catches Will and the reporter together and ends up consuming the pills.  As Jeff and Will are later leaving the party, Will notices Layla floating in the pool and tells Jeff to ring 911 as he rushes to help her.  However, Jeff actually rings Teddy.

Gunnar and Micah are playing together as Micah's grandparents show up to take him back to Texas as they're his legal guardians.  In order to prevent this happening, Gunnar consults his lawyer who tells him he needs a DNA test to prove he's Micah's father.  He takes it and when the results come in he's shocked to learn that Micah is actually Jason's son, meaning that Kiley cheated on him with his own brother.

Teddy is seeing Natasha again but tells her they should end their relationship as it could harm his position if he's associated with a call girl.

Sadie's ex-husband Pete shows up at her studio, saying they need to talk about her songs as he wants a part of her success.  As he gets angry, Avery shows up and witnesses the confrontation.  Pete later show up at her house and when she says she's not scared of him, he punches her in the face and leaves.

Juliette has also been discussing living arrangements with Avery once the baby is born, suggesting that he should move in.  After phoning his mother, who tells him to do what's best for the baby, he goes to see Juliette and tells her he thought he could make things work and that they could just be friends for the baby's sake but it doesn't work.  Instead, he asks her to marry him and she accepts.  They wed in a small civil ceremony. 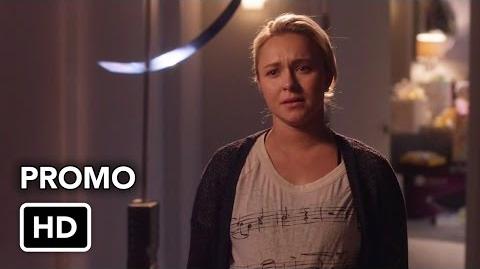