On February 24, 2013, during the live television broadcast of the 85th Academy Awards, ABC aired a full-length performance video promo featuring Hayden Panettiere singing in character as Juliette Barnes doing a solo-acoustic version of Irene Cara's 1980 hit song Fame, complete with a video montage of clips from the show.

Produced by Richard Madenfort, who also performed the guitar part, the song was not included on any of the Nashville soundtrack albums, but was made available as a digital download. ABC also made the video available on YouTube.

After the initial 2-minute Oscar promo, a 30-second edited version of the song was used on ABC and other Disney-owned networks as one of the show's standard rotation of commercials.

Baby, look at me
And tell me what you see.
You ain't seen the best of me yet.
Give me time,
I'll make you forget the rest.

I got more in me,
And you can set it free.
I can catch the moon in my hands,
Don't you know who I am?

Baby, hold me tight
'cause you can make it right.
You can shoot me straight to the top,
Give me love and take all
I've got to give

Baby, I'll be tough.
Too much is not enough.
I can ride your heart 'til it breaks.
Oh, I got what it takes. 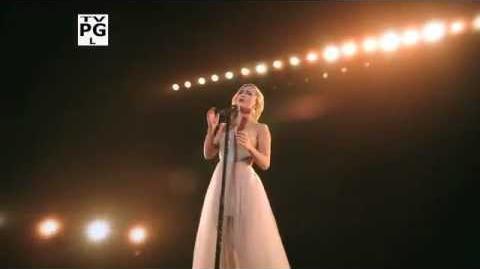 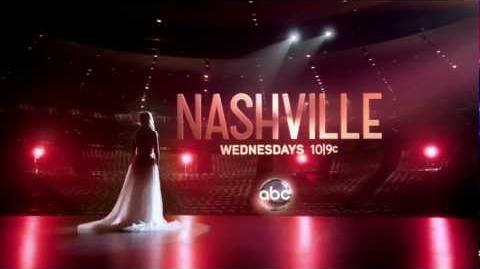 Hayden Panettiere - Fame (HD)
Add a photo to this gallery
Retrieved from "https://nashville.fandom.com/wiki/Fame_(Juliette_Barnes_Oscar_promo)?oldid=22895"
Community content is available under CC-BY-SA unless otherwise noted.