Ed Amatrudo is an American actor who portrayed Glenn Goodman on Nashville.

Amatrudo graduated from American Academy of Dramatic Arts and in the 1980s and 90s appeared in a number of theatre and screen productions. In 2000s, he worked as real estate broker in Nashville.

In the 2010s he returned to acting appearing in Drop Dead Diva and Army Wives before his role in Nashville. Amatrudo also played the role of Clive Davis in the 2013 television film, CrazySexyCool: The TLC Story. 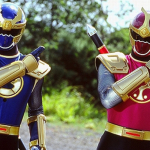