Didn't Expect It to Go Down This Way

Didn't Expect It to Go Down This Way is the sixteenth episode of the fourth season of Nashville. It was written by Paul Keables and directed by Mike Listo. It first aired on April 20, 2016.

As Autumn flirts with Gunnar, she tries to convince him to come with her to New York the following day and promises to set up a meeting with his idol James Taylor but he declines the offer as he knows she doesn't want Scarlett to come along. Meanwhile, Juliette is treating Glenn and Emily to a breakfast she prepared and tells them she's eager to get her career going again by starting work on a new album. Elsewhere, Will is attempting to move on from Kevin by getting in the dating game again after being on dating sites all night.

For the first time in a while, Layla receives good news - her opening set is going to be filmed. However, Riff is still missing and there's a chance that Luke will cancel the show if a replacement cannot be found. She also doesn't have a bandleader as Avery was hesitant to accept her offer. He finally does when Juliette visits him and asks if he will produce her album. He tells her that he's heading out on tour with Layla and he's taking Cadence with him.

Rayna is finally back home and talking with Deacon about Maddie. Once she hears everything that happened, she decides to have a chat with their daughter but when she knocks on her bedroom door, there's no response so she enters it to find no-one there and the window open. They realize that Maddie has run away and a number of frantic calls confirm that nobody knows where she is. Maddie eventually texts them to let them know she's safe.

As Will is in the studio recording some songs, he's making eyes at an attractive guy. He introduces himself as Bryan, saying that he's Will's backing singer and they appear to hit it off after Will phones Avery to ask him how to figure out if someone is gay. Will decides to invite him out for a drink and Bryan accepts. However, he tells Will that he isn't gay but has a cousin who is. The Exes are being interviewed on radio and their song is moving past 10,000 downloads with Rolling Stone and Billboard calling for coverage. Autumn decides to ask Scarlett out on a spa day but ends up telling her to stay away from romantic relationships with her bandmates i.e. Gunnar. Later, Scarlett sees Gunnar leaving Autumn's hotel room after he turns down another of her advances, leading Scarlett to jump to the obvious conclusion.

Luke and Riff's wife learn that he has been admitted to hospital because he had a stroke following a three-day binge with booze, drugs and call girls. They head to the hospital in New Orleans and Luke realizes that the perfect life he thought his friend had wasn't so perfect after all. He still needs to find a replacement and finds one for the night in Juliette, who has witnessed a rather steamy rehearsal between Layla and Avery and isn't too pleased about it. She makes her announcement that she will be joining Luke's tour at his concert that night, leaving both Layla and Avery shocked.

Rayna calls to Cash's house but is told that Maddie isn't there but after Rayna leaves it is revealed that Maddie is there. Cash attempts to do everything to distance Maddie from her parents by contacting Sony and asking if their offer of a contract is still available and she's told that it is. That evening, Deacon parks outside Cash's house just in case Maddie shows up. Then he finally sees Maddie at the door and that's when things get ugly. He and Rayna attempt to get her to come home as they can work everything out together. However, Maddie drops a bombshell - she has talked to a lawyer, who says there are grounds for emancipation. She shuts the door in their faces and Rayna cries in Deacon's arms. 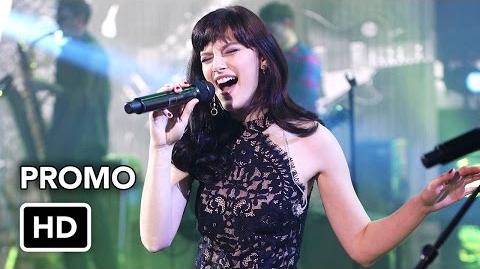 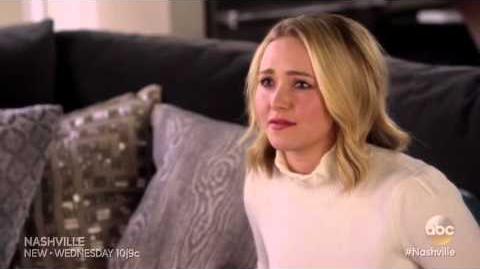