Crazy is the nineteenth episode of the second season of Nashville.  It was written by Debra Fordham and directed by ean de Segonzac.  It first aired on April 2, 2014.

After splitting from Megan, Deacon takes to the bottle again while Maddie's video of her singing as "Maddie Claybourne" resurfaces and soon goes viral, creating a media frenzy including being a "Hot Topic" on "The View".

When Juliette faces more empty seats on her tour, she rolls into Chicago and Glenn suggests that she seeks help from Charlie Wentworth since he owns most of the radio stations in the city. Avery seems fine with her meeting him but when she does, he makes a move on her and she angrily turns him down.

Elsewhere, Luke apologizes to Rayna for the way he's been acting about the whole Deacon-Maddie situation. He admits that Deacon has always been something of a sore spot for him since he had to fill in for Deacon at one of his gigs with Rayna as Deacon had been on a bender. Things were made worse when they were stuck on a Ferris wheel together and all Rayna could talk about was Deacon.

After locating Deacon at the lakeside house, Rayna and Luke find bottles of liqor but Deacon says he didn't drink any. While Luke stepped outside, Deacon tells her that he didn't run away because of Maddie - it was because of Megan. He says he's not ready to face the press if it means being in the same room as Teddy, so Rayna decides to confront Teddy. He admits he slept with Megan and says that he was so jealous of Maddie's relationship with Deacon and is adamant when he says that he's not going to lose Maddie to Deacon. Rayna decides to go on "Good Morning America" to explain the Maddie situation with Teddy by her side. Both are surprised when Deacon shows up and Deacon and says that while he was never a suitable father Teddy did the best job possible at raising Maddie.

Gunnar gets his first paycheck for $400,000 and he and Zoey decide to celebrate by renting out a record studio in order for Zoey to record a demo, which she later decides to take to LA with her. Meanwhile, Scarlett's mother, Beverly shows up to surprise her daughter on tour. It is revealed that she wanted to be a singer but ended up getting pregnant and now hates how successful Scarlett has become. When she realizes that Deacon is Maddie's biological father she becomes abusive towards Scarlett and even more so when her daughter gives her some home truths in the form of the song she wrote with Liam.

After the "Good Morning America" interview, Luke is confronted by the press asking if he will be daddy #3. He gets into his car and hits the headrest before telling the driver to take him to the airport. Rayna finds Deacon at the lakeside house and he asks why she never told him about Maddie being his daughter. She tells him that she wanted to be his wife and raise their child in a loving environment but the way he reacted when he found out the truth - taking to the bottle and almost killing both of them - was not what she wanted.

While taking a bath together, Juliette tells Avery that Charlie tried to kiss her before later saying that he actually did and he say that he figured as much but isn't angry at her. After Scarlett's altercation with her mother, she goes to Juliette to ask if she can have the night off but Juliette refuses. Scarlett downs a bottle of liquor and while Avery has a talk with Charlie Wentworth, she takes to the stage but doesn't get too far as she's soon having visions of her mother being in the audience before screaming and crying and cowering under the piano. Avery rushes to her aid and Juliette realizes how wrong she was to let Scarlett go onstage. 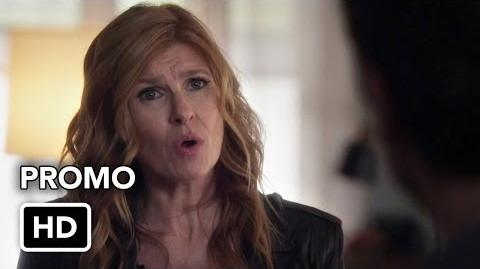